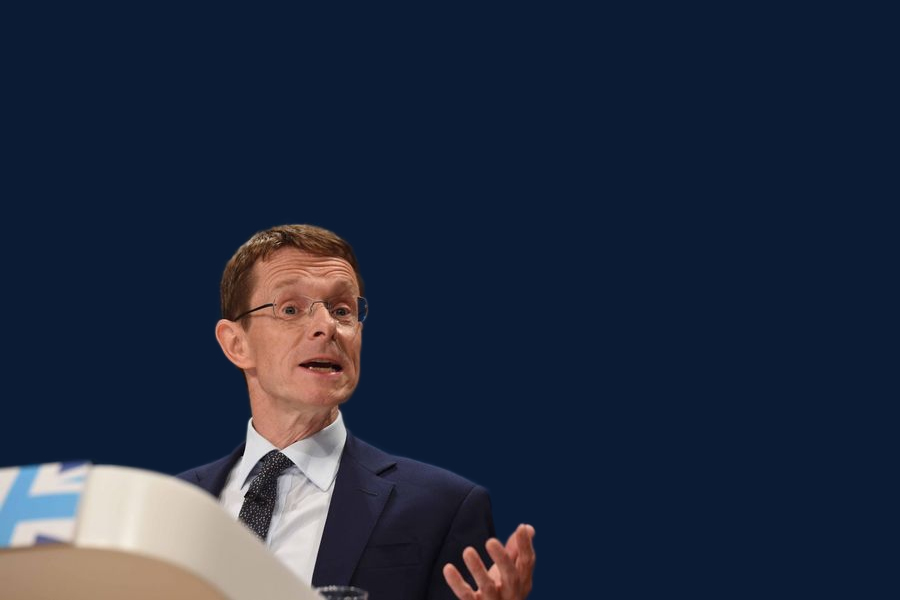 By a narrow margin on the second ballot, the people of the West Midlands voted for Andy Street to be the first Mayor of the West Midlands Combined Authority (WMCA) region. He is one of a new group of ‘metro mayors’ being introduced across seven city-regions in England as part of the devolution agenda. The Cities and Local Government Devolution Act became law in 2016 and allows combined authorities to take on greater powers over transport, housing and skills and be responsible for the regional economic growth strategy.

As the ex-CEO of John Lewis and Chair of the GBSLEP (Greater Birmingham and Solihull Local Enterprise Partnership), Andy’s experience stands him in good stead to tackle the challenges of the Strategic Economic Growth Plan (SEP). But these challenges are not trivial. Employment rates are low, averaging 64% across the WMCA (the UK average is over 74%), and these vary significantly across the region. In Solihull, for example, employment rates are over 70%, compared to just 60% in Birmingham (11% under the city-region average).

But even for those in work, average household income in the WMCA is low, reducing the multiplier effects of consumer spending. Low average incomes are related to the region’s low productivity and GVA (Gross Value Added) rates. GVA per hour worked (a measure of labour productivity) in the WMCA is the third lowest of the city regions, a long way below London and the South-East and a key reason why the region is a net recipient of public sector funding (it costs more to ‘run’ than it earns). Weak productivity, in turn, relates to a shortage of skills in the region. 28% of the population are highly skilled (NVQ4+) compared to 37% nationally, and 16% have no qualifications compared to 8% for the UK.

There is also an important divide between so-called ‘low activity’ groups (with low levels of qualifications, single parents, BAME people, or people with disabilities) and ‘prime’ groups (white, educated, not disabled etc.). This gap occurs everywhere, but in the WMCA the difference in the employment rate between these two groups is 33.4% compared, for example, to 21.7% in the West of England.

Other challenges include the shortage of appropriate housing and the need for better transport infrastructure to better connect the region to other regions, to improve labour mobility (helping bridge skills demand and supply) and to support local supply chains.

To some degree, the region is locked into a systemic cycle which makes it difficult to make the transition to a high-skill, high GVA, high income, high investment and therefore attractive region for investors, firms and people. 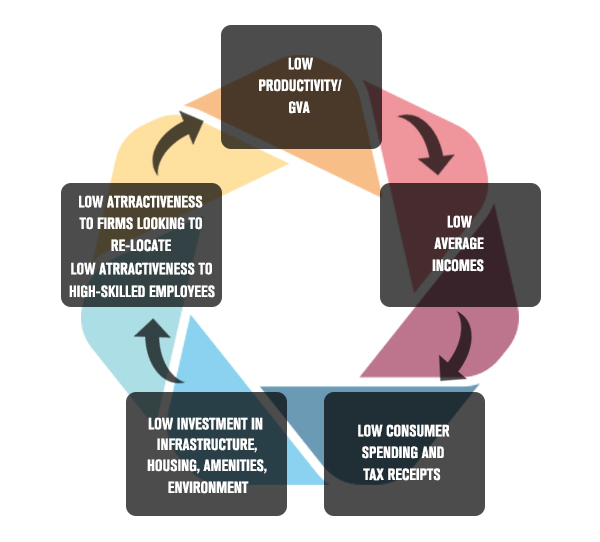 But there are signs that this transition is already happening, including:

Maintaining this healthy trajectory is the number one priority for the new mayor.

Andy Street brings a set of capabilities from the world of retail business to his new role; from customer-focused marketing to supply chain operations, he is at home with productivity and performance targets. But the region’s economic challenges give rise to and are partly caused by some major social challenges, not least the significant disparities in the distribution of wealth and opportunity within the region. In this sense, the WMCA is a microcosm of the UK overall. ‘Inclusive economic growth’ requires not just better productivity and GVA but a rebalancing of the gains from economic activity and a different list of targets.

Andy has shown a strong awareness of these issues, already highlighting that one of his first priorities is to reduce the number of homeless people sleeping rough in our cities and towns. But this wider agenda encompasses a variety of stakeholders in the region which, beyond businesses, Chambers of Commerce and LEPs, include local authorities, city councils, charities, education bodies and others. With only three years in post, Andy Street will need to work fast to make a difference. He will need to quickly align, stabilise and coordinate the work of these various regional stakeholder organisations and focus his efforts on a subset of goals that are achievable in the limited timescale of his tenure.