The following piece was written by City-REDI’s Prof. John Bryson.

This week is one spent in Singapore and this provides an opportunity and a stimulus to reflect on the relationship between Brexit, the UK and the example set by Singapore. Singapore comes with associations of free trade, global finance, a major Asian centre, integrated approaches to planning as well as distinctive buildings and streetscapes. Brexit has sometimes been equated with Singapore’s history of breaking away from Malaysia and its transformation in to a global centre. Thus, an interesting question is: what lessons can the UK learn from Singapore? 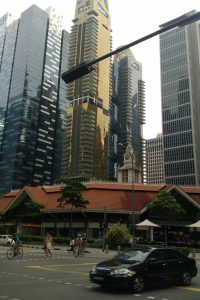 Modern Singapore emerged in 1819 through the activities of Sir Stamford Raffles who had realised that Singapore had a strategically advantageous geographical position. For 144 years, Singapore was a British colony, but on 16 September 1963 a new nation state was formed – Malaysia – through the merger of the Federation of Malaya with the former British colonies of North Borneo, Sarawak and Singapore. Between 1963 and 1965, Singapore was one of the 14 states that made up Malaysia. Nevertheless, on 9 August 1965, Singapore experienced its own version of Brexit when it was expelled from Malaysia becoming an independent state.

On the one hand, this was a very different experience to the decision of the British electorate to leave the European Union. Singapore had only being part of Malaysia for a very short time and was expelled rather than deciding to negotiate an exit from Malaysia. The decision to expel Malaysia was founded upon ideological differences between Singapore and the federal government of Malaysia and this included racial tensions and disagreements over the establishment of a single market. There is an important scale issue. Singapore has a population of around 5.5 million. Perhaps the example of Singapore is similar to discussing the establishment of an independent Scotland (population of 5.2m) or the breakaway of the West Midlands (population of 5.6m) from the United Kingdom. On the other hand, Singapore provides some interesting points for discussion and debate as the UK negotiates its exit from the European Union.

There are three points to consider from Singapore. The first is that geography matters and still matters. Singapore’s position on trading routes and its place within Asia has played a critical role in Singapore’s transformation into a major global financial, commercial and logistics node in the global economy. Language also matters along with geography and Singapore’s official languages (English, Malay, Mandarin and Tamil) have contributed to Singapore’s transformation. In this account, it is important to accept the critical importance of geographical context. For the UK, one issue to consider is this country’s geographical context. 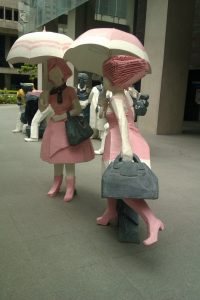 Second, Singapore’s economic strategy is founded on identifying and developing core competitive and comparative advantages in a range of core sectors including hi-tech manufacturing (integrated circuit boards, computers), business and leisure tourism, financial services, oil refining and port functions. The country’s industrial strategy is one founded on diversification with a focus on excellence and the development of smart policy. Singapore had developed a position of strength in a number of sectors – the third largest foreign exchange centre, the third largest financial centre, the second largest market for casino gambling, the third largest oil-refining and trading centre, a global logistic hub, a major ship repairing hub and the largest producer of oil rigs. And, all this with a population of just 5.5m. This raises the question of what the UK would be able to achieve with the right leadership and supportive policy environment. The issue is one of policy focus and attention to detail. Perhaps, the primary lesson to learn from Singapore is one based on incremental change but focused on a common objective. This common objective emerged given the need for Singapore to develop a place in the emerging international economy from 1965. One difficulty the UK has experienced is a problem with developing and maintaining a clear and agreed consistent focus on an integrated industrial, infrastructure, educational and regulatory policy framework. The UK Green Paper on the Industrial Strategy is a clear example of the ways in which the UK develops too many policy silos – policies that are not part of a wider integrated framework. But, perhaps this type of policy integration is impossible in a country the size of the UK or perhaps this issue is explained by the very different political system that exists in Singapore. This does raise a question for the West Midlands – is it possible for the newly elected mayor of the West Midlands Combined Authority to act as a catalyst in developing a regional integrated policy, but with all the limitations imposed by the division of policy areas, responsibilities and issues between the regional and national scales of governance in the UK.

Third, the Singaporean approach to economic development is founded upon free trade. In 1992, Singapore completed the negotiations and signed its first free trade agreement (FTA) that set preferential tariffs with the country’s ASEAN neighbours. Since then, Singapore has negotiated 21 FTAs. These 21 agreements have made international trade simpler for Singapore-based exporters. The country has also negotiated 41 Investment Guarantee Agreements that are intended to encourage greater investment flows between countries. These agreements set out investment norms providing protection when investing in another country. In addition, 76 avoidance of double taxation agreements have been agreed. What can the UK learn from this experience? First, that it is possible for a country to go it alone and to successfully negotiate FTAs and that this can be a relatively rapid process. The doom and gloom mongers that are part of the Brexit debate tend to take a very negative perspective on FTA negotiation processes – they are too slow, too difficult and the UK does not have any expertise in this area. But, other countries and even very small countries have been able to negotiate agreements that have contributed to the on-going development of both their national economies and the international economy. Nevertheless, everything comes at a cost. There is no question that Singapore has benefited from its FTAs; export trade has increased significantly and investors have benefited from the legal protection that comes with FTA agreements. But, FTAs are never “free” as they come with costs – they involve time, resources, political will and the costs related to a focussed negotiation process based on bargaining in which trade and investment concessions are exchanged. This is, however, the basis of all negotiations – gains are made and concessions given.

What are the lessons, if any, that the UK can learn from Singapore as Brexit proceeds? Perhaps the most important lesson is the development of a long-term approach; a policy framework that is based on an integrated approach to policy development and implementation intended to create a sustainable and resilient economy. Any comparison with Singapore is perhaps limited or constrained by the differences in scale. Nevertheless, the question of scale is also an interesting aspect to consider.  It is important that the UK does not become too distracted by trying to negotiate all embracing FTAs as these will result in complex and time consuming negotiations. The issue is to focus on those parts of the UK economy that would benefit from a particular FTA with a specific country or group of countries. In any case, this more partial approach to FTA negotiations will rapidly become more complex as partners to the negotiations try to incorporate other issues in to the discussions. This, however, is one of the drivers behind the negotiation of FTAs – tradeoffs – and ensuring that nothing is given away without an appreciation of actual and potential impacts and perverse consequences.

The Brexit negotiations are important but arguably as important, or even more important, is the renegotiation of the re-emergence of the UK as an independent member of the World Trade Organization (WTO).  Perhaps the final lesson from Singapore is about ensuring the UK develops or continues to develop a distinctive place and role in the world economy. This is an important point in that we must never forget that the world economy is no longer centred on Europe, but has many centres. We are now living in a multi-polar global economy. The UK, Singapore and the European Commission must never forget or ignore this shift towards multi-polarity. Continued and future prosperity will come from looking outwards and engaging with emerging and growing economies rather than in looking inwards and thinking at a European rather than global scale.