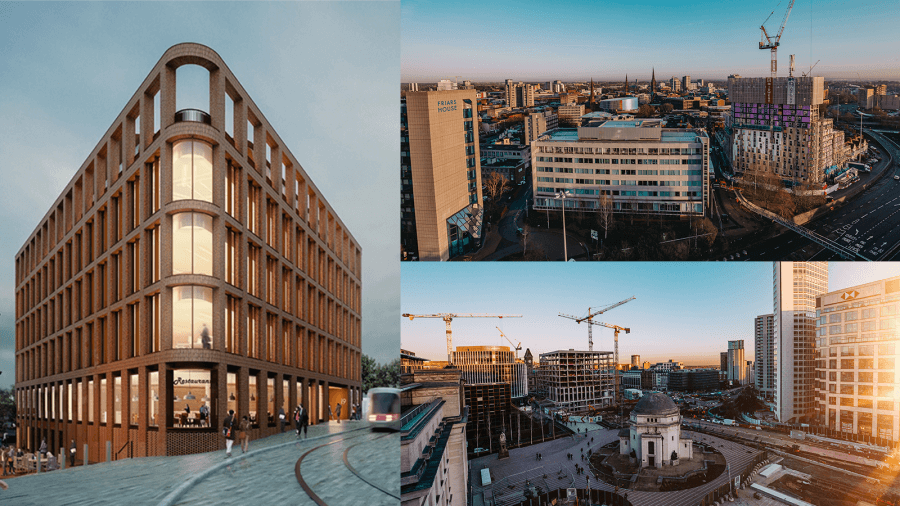 Professor Simon Collinson writes about some of the challenges that lie ahead to sustain the tentative economic recovery in the West Midlands and level up the region.

This article was first featured as a Birmingham Brief.

The Covid pandemic has hit the UK economy harder than most other OECD countries and the West Midlands harder than most other UK regions. The resulting economic shock has led to significant falls in output, productivity, and employment as well as new levels of inequality. Regional productivity (GVA) fell by 13% in 2020, more than any other region, and is unlikely to recover until the end of 2022. Footfall in Birmingham city centre dropped by 46% in the 12 months to June 2021 and this was one factor amongst many accounting for high furlough rates and local job losses. At the peak, there were 46,000 redundancies between September and November 2020, in the West Midlands region.

Uncertainty remains, but the recovery signs are remarkably promising. The wide range of economic and social indicators we track, summarised in this year’s Birmingham Economic Review 2021, show growth and optimism as part of a tentative bounce-back.

But there are challenges. Behind the political rhetoric, there are systemic and embedded constraints on the kinds of growth that we aspire to, that is faster, greener, and fairer.

Some might be short term, others will develop into longer-term structural problems requiring businesses and households to change, from global supply-chain obstacles, trade disputes and inflation. Many others are unique to the region and should be tackled locally.

For example, the West Midlands has a strong legacy of excellence in advanced manufacturing. This sector should thrive but is predicted to employ significantly fewer people. The related assets, engineering and innovation capabilities in the region give it a strong competitive advantage in space and aerospace, sustainable energy storage, low-carbon transport systems, precision health technologies and other growth industries. But the transition to these emerging sectors, which will generate more of our jobs and wealth, needs to happen quickly. With help from universities, the region needs to get better at translating R&D, science and technology into commercial products, services, and processes to support this transition.

Regaining the growth momentum also means retaining and attracting the best talent and more inward investment. But most of all, it requires a step-change in the region’s skills base. One prediction is that by 2040 the West Midlands will see a 40% drop in manufacturing employment and increased demand (over 20% growth) for professional, scientific and technical skills. Digital businesses have the potential to add £2.7 billion in economic growth and 52,000 new jobs in 4 years to this region, but only if the supply of digital skills matches this demand. Current predictions show a national shortfall of 5 million workers by 2030. Aggressive upskilling and re-skilling are needed to meet the demands of firms as they transition to new business models, and firms must play a stronger role in skills training.

But this is where the real prize lies for levelling up. There are strong correlations in regions like the West Midlands between education, skills, employment, disposable income, crime levels, community health, life expectancy, life satisfaction and many other well-being indicators. A better skills base improves regional competitiveness and productivity while at the same time raising average income levels for local workers. This in turn can reduce the number of vulnerable households in deprived communities and increase life opportunities for disadvantaged groups.

The positive multiplier effects of improved skills would help reverse the widening of regional differences, both in terms of raising local capability to create wealth and the capacity to distribute prosperity more equally, across the UK.

This blog was written by Professor Simon Collinson, Director of City-REDI / WMREDI, University of Birmingham.