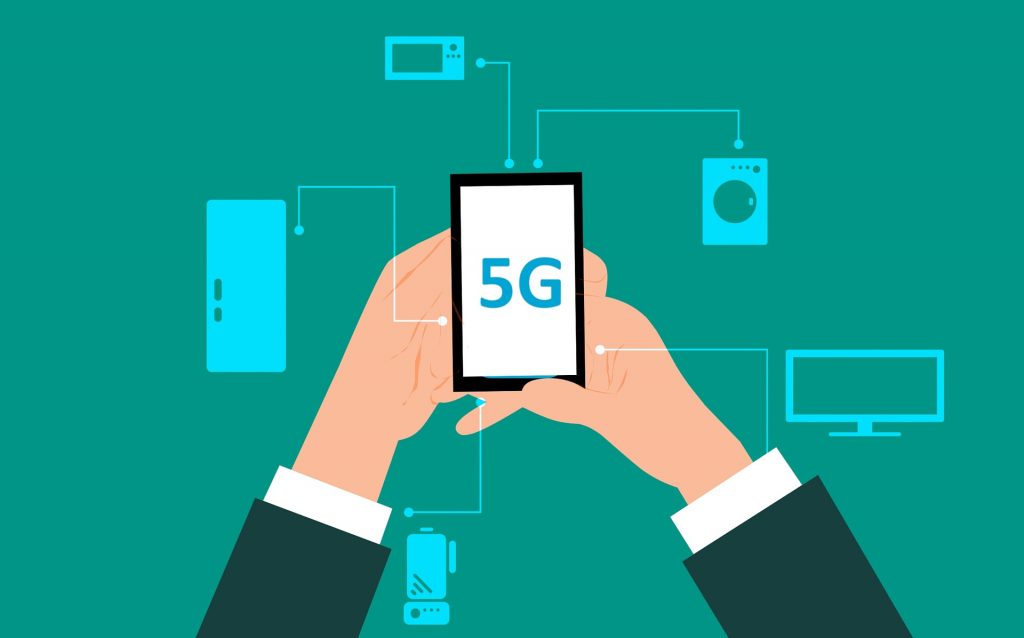 As the next generation of mobile technology, 5G has increasingly become a technology buzzword in recent years. The UK government has suggested in their 5G Strategy that “5G promises a step-change in mobile connectivity with enormous potential to boost productivity and grow the economy”. However, what exactly is 5G technology and could it really power economic growth in the West Midlands?

In order to answer these questions, it is useful to first consider how much mobile technology has changed over recent decades. OFCOM, the UK communications regulator points out that since the 1980s we have witnessed the launch of a new generation of mobile technology roughly every decade. 1G technology in the 1980s only provided the capacity for analogue voice calls. The launch of 2G technology in the 1990s led to the advent of text messages and enabled people to make digital voice calls and access basic data services on their phones. The 2000s witnessed the introduction of 3G technology and the first smartphones. 4G technology launched in the UK at the start of the 2000s and has since provided faster mobile broadband. Each new generation of mobile technology has had a profound impact on the way we live and work.

The promise of 5G

Although not fully developed yet, 5G technology promises to bring download speeds that are ten to twenty times faster, than currently available with 4G together with wider coverage and more stable connections. 5G differs from previous generations of mobile networks as it involves a new system of systems rather than just extending existing technologies. As the UK government explain in their 5G strategy unveiled in 2017, 5G “will support new consumer experiences based on constant and seamless connectivity”. 5G is predicted to be available on the mainstream British market by late 2019 or early 2020. Consumers are likely to be the first people to benefit from the technology through improved speed and capacity for mobile broadband. Several mobile operators have already announced plans to trial the technology in the UK. In October 2018, Vodafone became the first company in the UK to carry full 5G over a commercial network as part of a trial of the software in Salford. It plans to shortly test the technology in a further six cities across the UK including Birmingham. Longer-term, it is expected that the versatility and capability of 5G technology will lead to it being used in a variety of innovative ways in sectors such as manufacturing, transport and healthcare. According to the UK government, 5G will

“open the door to potentially revolutionary technologies such as automated cars and advanced manufacturing, as well as enabling the many thousands of connected devices, such as smart energy meters”.

How does mobile technology contribute to economic growth?

In turn, it is expected that the use of 5G in these technologies will provide considerable opportunities for new applications, business models and enhanced lifestyles, also consequently increasing productivity. IHS Economics have examined how 5G technology is likely to contribute to the global economy, estimating that 5G will enable USD$12.3 trillion of global economic output in 2035 – a figure almost equivalent to US consumer spending in 2013, and greater than total consumer spending in the UK, France, Germany, China and Japan in 2016. Information and Community Technology developments up to now have been shown to be strongly associated with economic growth. Based on regression analysis of GDP, telephones per million people and radios per 1000 people in 15 developed and 45 developing nations between 1963 and 1975, Hardy showed how fixed telephones strongly contributed to economic growth. Röller and Waverman demonstrated a significant positive causal link from telecommunication infrastructure on aggregate output, based on an analysis of 21 OECD-countries between 1970 and 1990. More recently, researchers at Imperial College Business School have revealed a significant effect from mobile broadband on GDP as mobile broadband is introduced and as it diffuses through economies. Using a two-stage model, they have estimated that on average a 10 percent increase in mobile broadband leading to an increase of between 0.6 and 2.8 percent in economic growth depending on the model specifications.

How is 5G technology being used in the West Midlands?

In September following an open competition, the West Midlands was selected as the UK’s first multi-city 5G testbed, trialling the technology ahead of its nationwide rollout. Hubs will be created in Birmingham, Coventry and Wolverhampton. The test-bed which forms part of the Government’s Industrial Strategy will be funded by £75 million of public investment from the Department for Digital, Culture, Media and Sport and local authorities.

The trials will focus on using 5G technology in the health, construction and automotive sectors with a view to using the technology to drive economic growth and benefit the population of the West Midlands through new digital technologies and digitally transformed public services. Initial proposals for the trials include:

What is the potential economic impact of the 5G testbed?

The announcement of the 5G testbed has been welcomed by local political leaders in terms of its importance for local economic growth through stimulating further innovation. Andy Street, Mayor of West Midlands described the pilot as “game-changing” for the West Midlands, championing how it will help to grow the industries which will be key to creating future jobs in the region. It responds to concerns among local business leaders regarding connectivity within the region. For example, members of the Black Country Chamber have previously identified poor broadband coverage as hampering productivity and growth. Tim Pile, Chair of the Greater Birmingham & Solihull Local Enterprise Partnership stressed that the area already has “a young and diverse population that boasts ambition and entrepreneurialism” and that leading the 5G national trial will “help to attract investment, stimulate R&D, improve productivity and ultimately create jobs here”.

Overall, the 5G pilot must be considered as positive for the region in terms of the economic benefits it is likely to bring. However, it is important to note that this pilot alone will not be enough to address the long-term gaps in productivity and skills in the West Midlands. Political leaders in the region need to continue to respond creatively to funding opportunities as they arise. It is also essential that central government provides clarity on the future of the UK Shared Prosperity Fund and designs the fund so that it will provide local leaders with the stability and resources required to develop long-term strategies to increase local productivity and tackle inequalities between communities. There is also the ongoing discussion on health issues surrounding mobile phone use and whether 5G may exacerbate this.

This blog was written by Dr Abigail Taylor, Data and Policy Analyst, City-REDI, University of Birmingham.