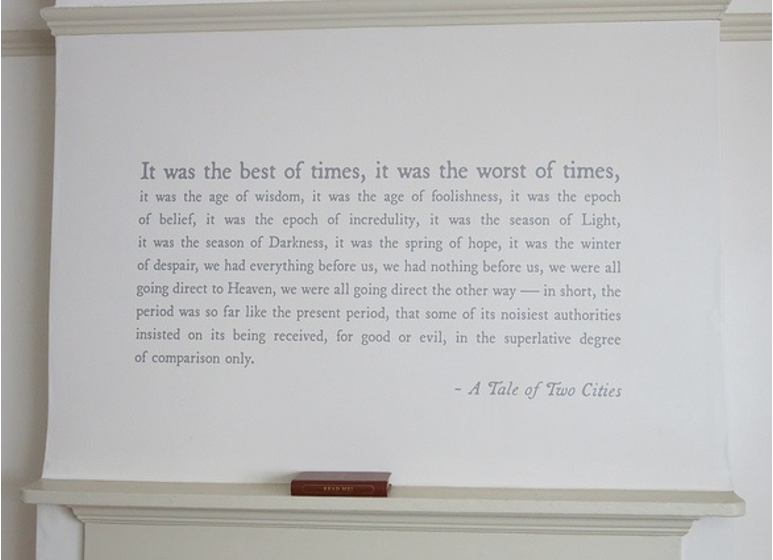 Regardless of the arguments for and against, the subject of devolution is here to stay. The unprecedented interest levels in the EU Referendum meant that record numbers of people voted, and at its core, this was a reflection on devolution, and who makes decisions on our behalf. So, how far has devolution come?

In a previous blog back in 2015, I reflected on a quote by Charles Dickens which describes a time of great change, and the conditions which were forcing that change: industrial and technological revolution; growth in knowledge and education; oppressed conditions of the working class and lack of hope within a time of great progress. In France this led to revolution, in Britain, it led to eras of philanthropy, growth in a new middle class, and extensive governmental and democratic reform within a broader struggle by the establishment to retain power.

Today, we are faced with similar conditions and arguably the conditions are worsening, with the EU referendum result: increasing technological change, threatening jobs, whilst improving lives; growing inequality; uneven distribution of power and funds. In my last blog, I highlighted that the demand for change was coming from the cities and local leadership, not from an oppressed working class, but is the demand for change still there? Or are the issues engulfing us? Is this resurgence in the call for greater devolution, which has been gathering speed since the end of the 20th century, still on track?

Devolution – are we achieving the ‘for’ argument

Currently, Britain has a patchwork of devolved powers, with the home nations having greater control over local issues and devolution deals in England creating locally elected mayors with some limited powers over funding. This increase in devolution acts to highlight the growing inequality of devolution across the UK. In demographic terms, areas such as the West Midlands and Wales have similar populations, but Wales has much greater control over its own destiny. This leads to one of the greatest arguments for further devolution, giving England a more consistent administrative structure, with clear political powers, on a scale that is appropriate for action, as currently, self-rule is limited.

Potentially devolution can lead to concentration of effort in local areas, which can streamline the decision making process as decisions are made by the people who know the issues and can implement the solutions quicker. National government is freed up to discuss issues of national importance and the ‘bigger picture’. There is also the potential that decision making at a local level is more effective, because of the greater belief in a common goal by decision makers as they focus on the enhancement of their own local area. However, so far very little has been devolved, potentially because the bigger picture of Brexit means less time is focussed on local issues and solutions.

Currently, the devolved cities don’t have their own tax raising powers (beyond Mayoral precepts, which have largely been pushed back due to impending council tax increases to cover basic services) are still funded via a block grant from central government. Greater powers over taxation could ensure money raised in an area is reinvested in that area. However for this to be fair taxation, it would need to be raised at the local level where currently most is raised nationally and cities would face significant issues in understanding where the tax is generated as our work on fiscal devolution has shown.

One of the arguments against devolution has been cost. Devolving decision making from a central system, which has been doing this effectively for a long time, would increase the time taken for decisions and the associated structural changes needed to implement them. And there is a possibility of constitutional instability. What happens if the city or regional government clashes with national government? How does this get resolved? Who do we appeal to? National government? What we have seen unfolding is the public sector being stripped of capacity and ability to act, both at a national and local level. The central system is struggling to cope with the impact of Brexit and the task of negotiation whilst still managing home policies with less staff.

Many also see devolution as the start of the break-up of the United Kingdom which would lead to a weakening of the national government, and its position in world politics. This fear again is exacerbated by the problems of borders in Northern Ireland and a weakened government after a poor election.

Overall, very little has been devolved from the centre and we remain a highly centralised state, and there is little evidence of this changing in the near future.

But what do the people want?

The recent Scottish referendum which asked “Should Scotland be an independent country?” returned a no vote with a 10% majority, on an unprecedented 84% turnout and on the EU the turnout was 72.2% with 48.1% remain and 51.9% leave. Other referendums on devolution-related topics have fared less well on voter engagement: the Greater London Authority was established with a 72% majority on a 34% turnout; and the last limited devolution referendum in England was in the North East in 2004, where it was rejected, by nearly 80% of voters on a 47% turnout. In the West Midlands the turnout was 26.7% with Andy Street winning by 50.4% to 49.6%.

The EU and Scottish questions were a single issue campaigns which people understood and engaged with, unlike the devolution debate in general. This has become enmeshed in other policy areas such as health, education and planning, rather than being a single policy debate in its own right.  Generally, there is a lack of discussion with the electorate about what devolution should be trying to achieve and how they are measured:

These benefits still stand but are they playing out within a weakened devolution agenda and national push. There are clear arguments for and against devolution, and whereas Dickens popularised political discussion in the nineteenth century by creating a narrative people related to (serialised in ‘cheap’ papers which the growing educated population and new middle classes could access) the majority of the electorate today is not engaged in these discussions. In the run up to the general election in 2017, there was a lack of populist narrative about devolution and, as a result, nothing concrete was committed to.

Cities and elected mayors need to keep up the pressure on central government for devolution, there is a duty to local citizens to ensure policy and investment is tailored to their electorate. Mayors need to continue to create a narrative which is simple to understand and react to within a complex world. As Dickens did, they need to champion those who have no voice.

This blog was written by Rebecca Riley, Administrative Director, City-REDI, University of Birmingham.