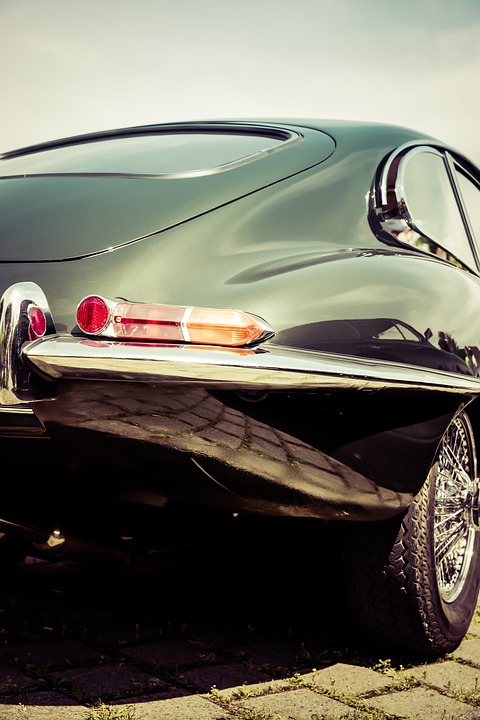 In a bid to deal with concerns over air pollution, the UK’s government announced a plan to prohibit the sales of new cars and vans that use diesel and petrol as fuel by 2040. Poor air quality has been named as ‘the biggest environmental risk’ to the health of individuals, prompting the government to announce this revolutionary plan, named the clean air strategy, in a bid to tackle this problem. However, even though the £3bn clean air strategy demonstrates the government’s commitment to providing a more sustainable automotive future, it does not come without challenges.

Firstly, electric vehicles are more expensive and less practical than their petrol/diesel counterparts.  However, as history has shown us, as technology becomes more embedded and common within society, by 2040 automotive OEMs would have found a way to deal with both of these concerns. For instance, Professor David Bailey (Aston University) predicts that consumers would switch-over to electric cars by the mid-2020s, as by that point electric vehicles would out-compete petrol and diesel vehicles based on factors such as cost. Nevertheless, given that electric vehicles only account for 4% of automotive sales today, critics have raised concerns over whether a complete transition is realistic or achievable within the next 23 years. With this in mind, this short blog is designed to explore how Jaguar Land Rover (JLR), a firm at the heart of automotive manufacturing within the UK, may break into the electric vehicle market.

With a workforce of 38,000 people, approximately 90% of whom are employed in the UK, JLR is Britain’s largest car manufacturer. Last year the firm produced over half a million vehicles and had revenues reaching £22.2 million. JLR has a large concentration of plants in the West Midlands which will be directly affected by this clear air initiative. However the company is already working on electric vehicles: JLR will be releasing its first electric car, the Jaguar I-Pace by 2018. However, it is important to note that Land Rover vehicles outsell Jaguar vehicles with a ratio of approximately 4:1, signalling the organisation’s reliance on the former of these brands. To put Land Rover’s dominance into context, the Range Rover Evoque is more successful than all of Jaguars models combined in terms of unit sales.

Therefore, even though the firm will be releasing electric vehicles under the Jaguar brand, they must also devise a strategy for Land Rovers to help them gain market share in this evolving industry. JLR are, of course, aware of this. Recent headlines have stated that by 2020 every model in JLR’s range will have some kind of electric option, whether they be hybrid or integrated electric systems. This may seem to be an ambitious strategy however JLR are lagging behind their industry rivals in terms of the CO2 emissions produced by their vehicles. Figure 2 illustrates the average CO2 emissions emitted from the average vehicle across a range of European automotive manufacturers. It is evident that JLR must improve, as their closest competitor Volvo, in terms of weight, are producing vehicles that are far more effective in terms of CO2 emissions.  Thus, the race is on not only to safeguard their market position in the short term as consumers are increasingly conscious of their environmental impacts, but also to develop systems to ensure compliance across their whole product range come 2040. 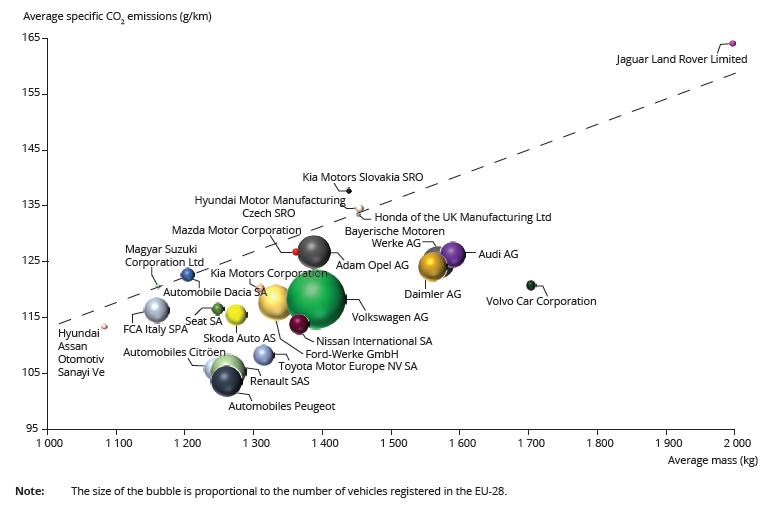 In summary, although JLR seem to be making the right moves towards a sustainable future, there is still some distance to go. There are also wider implications of the clean air strategy to consider. If UK automotive firms manage to switch all their models to fully integrated electric systems, there will significant demands placed upon current infrastructure for electricity. The National Grid would be under extreme pressure to deliver electricity to every vehicle in the UK, especially during the evening rush hour; according to a National Grid report, peak demand for electricity could add around 30 gigawatts to the current peak of 61GW – an increase of 50 per cent. Therefore, in terms of the availability of electricity, the UK government may have acted prematurely with the new clean air strategy, unless steps are implemented to address such potential implications. As it stands, importing electricity from neighbouring countries appears to be one of the most feasible options, however with Brexit around the corner, the practicality of this remains unclear.

The future of the UK automotive industry may look to be more sustainable in terms of environmental concerns, but it is certainly not sustainable in terms of the delivery of electricity. With this in mind, it would not be a surprise if EU countries see this as an opportunity to establish electric plants ready prior 2040 in order to satisfy the coming demand.