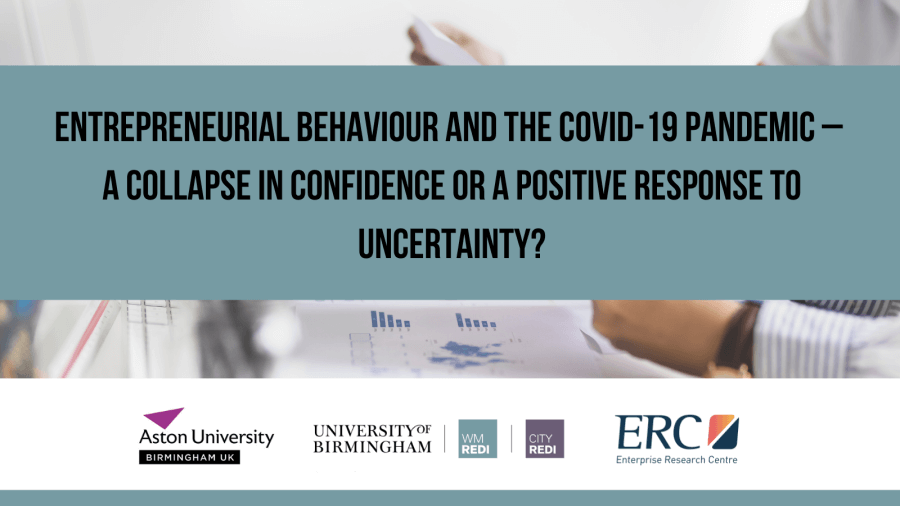 Mark Hart uses data from the Global Entrepreneurship Monitor (GEM) Annual Population Surveys to examine the impact COVID-19 has had on entrepreneurship in the UK.

This blog highlights the work of a new project “Lifting the Lid on Enterprise Diversity & Growth in the West Midlands“, which will collect and analyse panel data on business creation of ethnic minorities in the West Midlands to add to the Global Entrepreneurship Monitor (GEM) dataset. This will generate data to support evidence-based policymaking on minority enterprise and inclusive.

The first case of the COVID-19 virus in the UK was in January 2020 and by early March it had begun to take hold among the UK population. As public health restrictions were introduced in the Spring of 2020, many businesses and sectors of the economy saw significant limitations introduced on their activities. This had an immediate and dramatic effect on the economy as businesses were forced to close their doors with the resultant collapse of revenues and the knock-on effect on levels of employment and household incomes.

The clearest effects of the COVID-19 pandemic on the economy were on turnover and employment in small and medium-sized enterprises (SMEs) and the collapse in the numbers of self-employed. As we approach the end of Q1 in 2022 – 2 years after the start of the pandemic – many parts of the economy have bounced back to their pre-COVID levels even as the pandemic continues to impact many organisations through increased levels of absenteeism now that all legal restrictions have been removed.

Yet many scars remain, and it is perhaps timely to look at the impact the crisis has had upon the entrepreneurial endeavours of the UK population at large.  We can do this by using data from the Global Entrepreneurship Monitor (GEM) Annual Population Surveys (APS) which have been undertaken in the UK since 1998 and led by a team of researchers at Aston Business School since 2007.  This annual household survey of around 10,000 individuals rather than businesses allows us to track entrepreneurial attitudes, intentions, activity, motivations, and ambitions before and during the COVID-19 crisis. 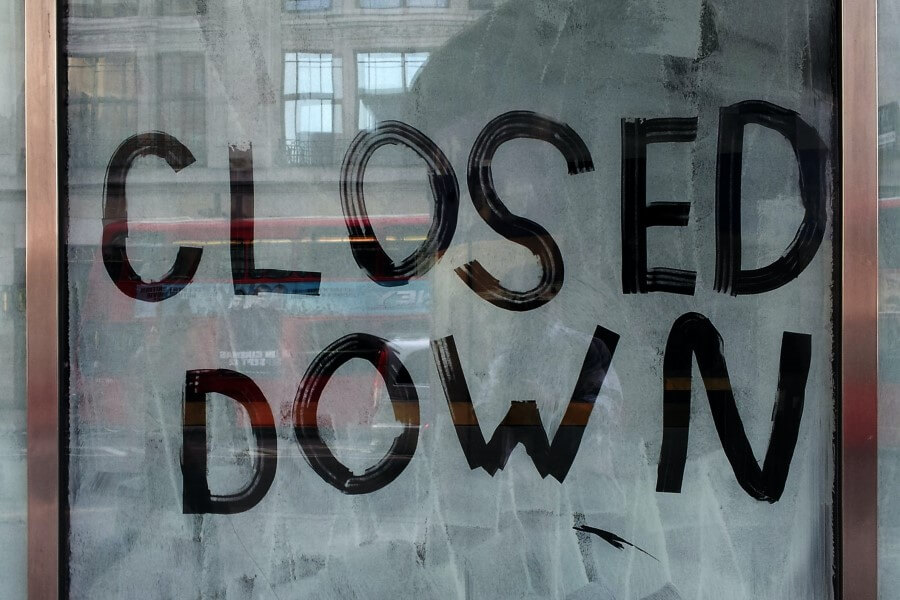 The 2020 APS was conducted later than usual in Q4 of 2020 due to the reluctance to undertake fieldwork at the height of the first wave of the pandemic so the results provide invaluable insight on entrepreneurial behaviour in the middle of the pandemic.  The analysis showed a sharp fall in the number of individuals in the very early stages of setting up a new business compared to the pre-pandemic high in 2019 (the GEM TEA rate – Total early-stage Entrepreneurial Activity).  This is hardly surprising given the unprecedented nature of the economic shock, but the analysis has also shown that the entrepreneurial foundations of the economy and society are still strong, and these will be crucial for the recovery after the pandemic and in dealing with the ongoing economic fallout from Brexit.

Those ethnic minority communities that have borne the brunt of the pandemic in terms of infection, hospitalisation and sadly deaths demonstrated their resilience by maintaining their previous levels of early-stage entrepreneurial activity which were significantly higher than for the non-ethnic minority population. Clearly, the pandemic has had no damaging impact on the level of entrepreneurial activity by immigrants and ethnic minorities although it has depressed it for people born in the UK who have always lived in the same region (i.e., life-long residents) and the non-ethnic population.

Finally, the results from late 2020 showed that there is undoubtedly an appetite for people to start their own businesses in the next three years and many respondents reported new opportunities because of the pandemic but they had decided to delay the actual decision to get the business operational. 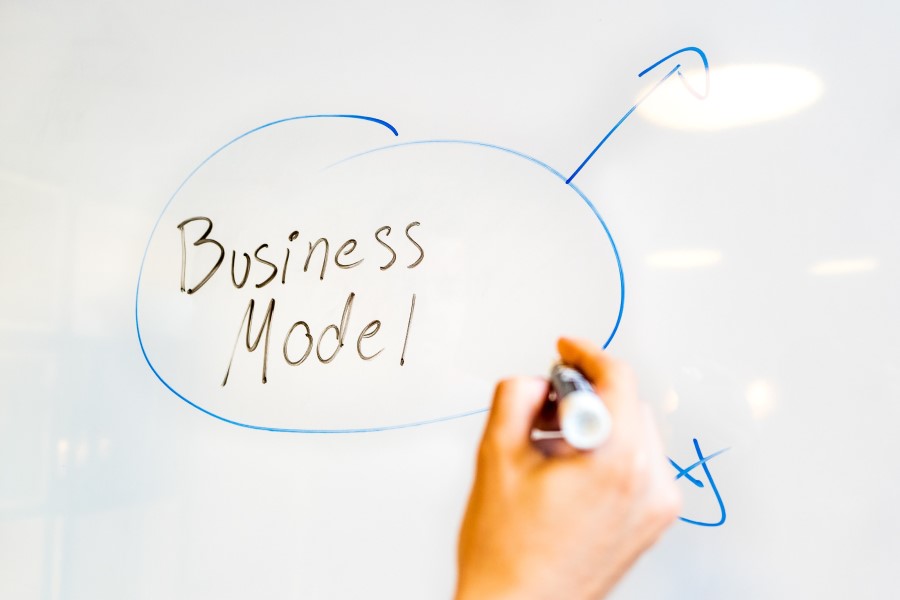 As the recovery got underway despite further waves of the virus causing further implementation of public health restrictions and short periods of lockdown what was the reaction of the population in terms of entrepreneurial endeavour?  The GEM APS for 2021, undertaken as usual between June and September, saw the UK’s early-stage entrepreneurial rate increase significantly to 12.6%, from 7.6% in 2020 which is the highest ever recorded since the start of the GEM project in the late 1990s.  This occurred while undergoing the dual challenges of Brexit and COVID-19 and gives a clear indication that, when it comes to assessing risk in uncertain times, many entrepreneurs are prepared to pursue the new opportunities that have arisen.  Indeed, over half of those early-stage entrepreneurs in 2021 reported that they had identified new business opportunities because of the pandemic.

This can explain much of the rise in the UK’s TEA rate but there is also the fact that in the 2020 GEM APS around two-thirds of respondents (the highest ever proportion) indicated that they planned to set up a business within three years and that the pandemic had influenced their decision to re-assess their future engagement with the labour market.  Combined with those who had simply delayed the decision to launch their new venture in 2020 we can understand why the UK’s TEA rate has hit its historic high and indeed closed the gap considerably with the United States (16.5%).

The GEM UK APS is currently being prepared for launch in May/June 2022 and alongside that, we have our ongoing work on the Panel Study of Entrepreneurial Dynamics (PSED) which creates a panel of nascent entrepreneurs to track over time.  The results of both surveys will provide further insights into not only the levels of entrepreneurial activity but also the challenges they faced over time in a time of great uncertainty and how their responses changed as a result.

Looking back over the last two years of GEM UK data we can conclude that those early-stage entrepreneurs and those intending to start their own business have clearly embraced the challenges thrown up by the crisis and demonstrate that the entrepreneurial foundations of the UK are strong in terms of start-up rates. The challenge is to see what can increase the number of them that grow, and the WMREDI/Aston PSED project will hopefully provide a deeper understanding of the barriers that too many businesses in the UK face if they seek to grow – and not all do!

Professor Mark Hart, Deputy Director of the ERC and Professor of Small Business and Entrepreneurship at Aston Business School.