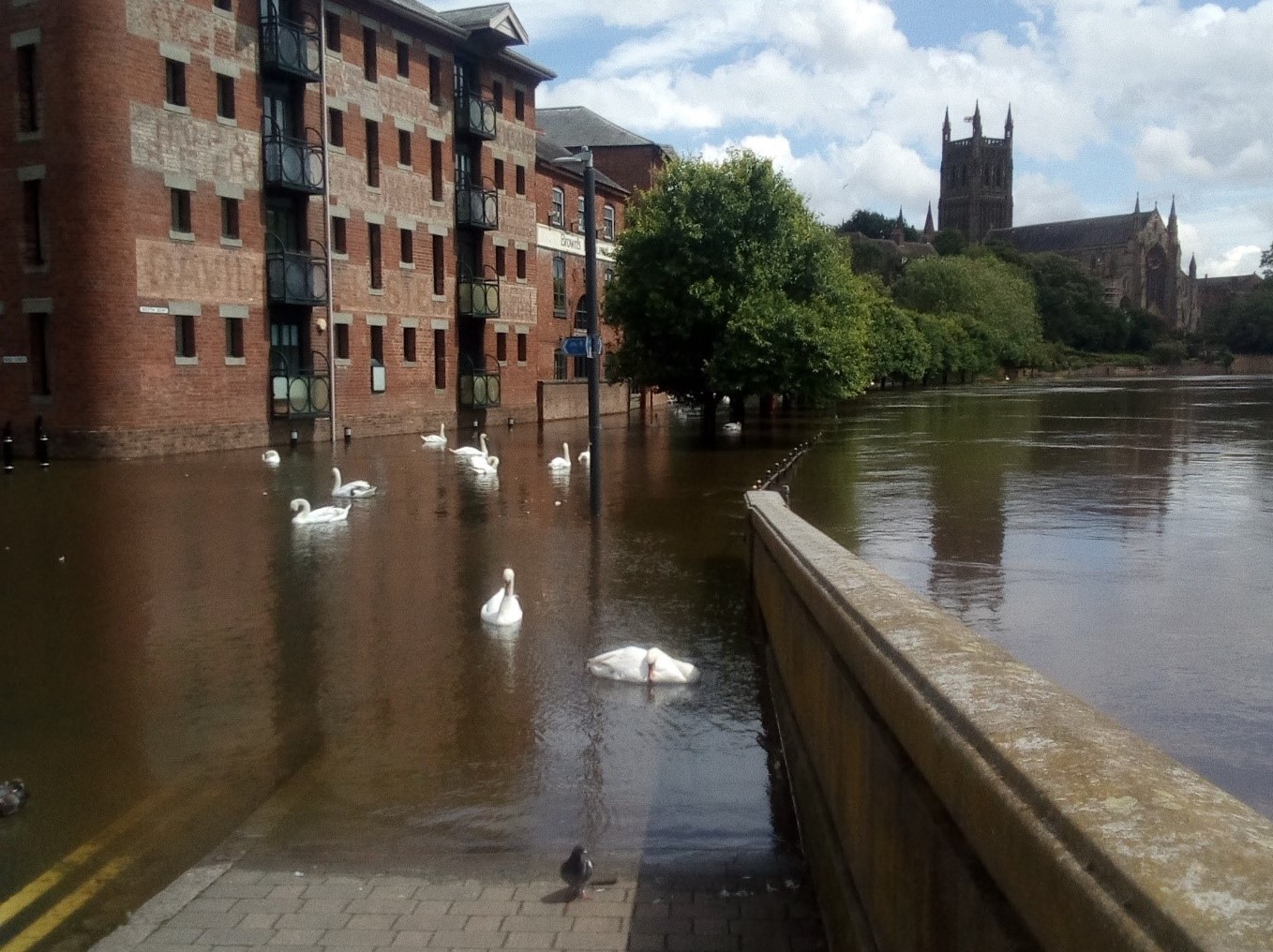 One of the most interesting West Midlands twitter feeds is that of Dave Throup, the Environment Agency Manager for Herefordshire and Worcestershire. Dave provides a moment-by-moment account of the Environment Agency’s activities across these two counties. This covers many important aspects of this Agency’s work including soil erosion, environmental pollution and managing rivers including flooding events. By 18 June 2019, he had posted 33.3k tweets and had 14.8k followers. There is even a Dave Throup Facebook fan club.

Yesterday, Dave’s tweets were more than unusually exciting. According to the Daily Mail, the City of Worcester “. . . is almost completely cut off by floodwater with the racecourse and cricket ground submerged as parts of the UK face being battered by thunderstorms and drenched with up to a MONTH’s worth of rain in just over 24 hours this week”. Moreover, “Worcester’s streets are covered in up to 14ft of rainwater with swans seen swimming through the streets this morning”. This feature is supported by some interesting but highly selective photographs. One such photograph shows Worcester from the air with a flooded cricket ground and another the flooded racecourse, but strangely it also shows clear roads and traffic flowing. Another photograph shows swans swimming along a flooded street in Worcester.

All this is, of course, ‘fake news’. I visited Worcester on Sunday afternoon and the city was in no way cut off. I walked through the city centre without recourse to scuba diving gear and even the need for chest waders. On Sunday afternoon, Worcester city was packed with tourists and shoppers. Some had come to view the floods from Worcester Cathedral tower. Some of Dave’s tweets for yesterday note the following: 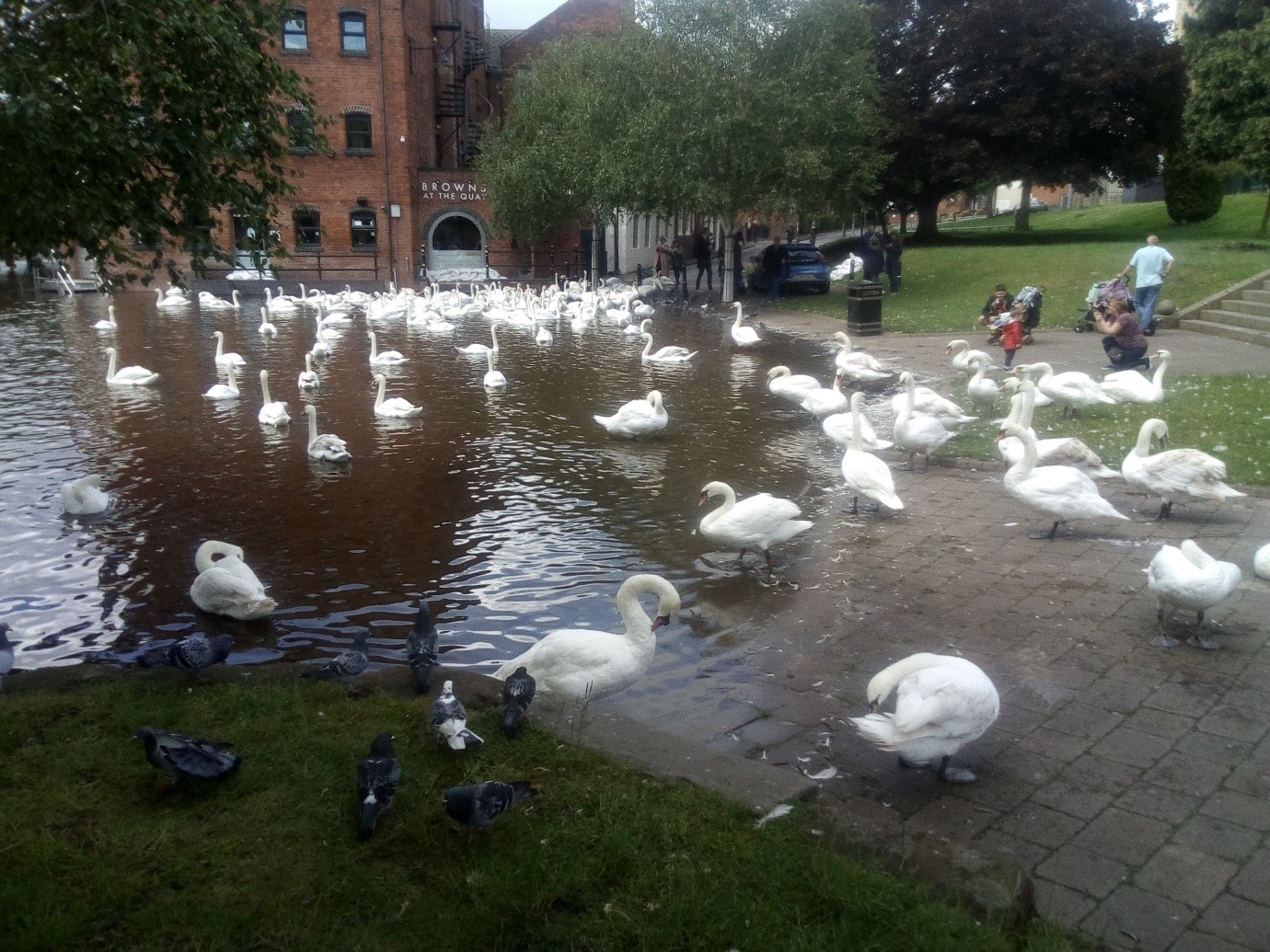 This is an excellent example of media distortion, but it is a distortion that could prevent people from visiting Worcester and would have some measurable economic impact on the city.

The real story of Worcester and the floods is, unfortunately, one that has limited media appeal. This is a story about public sector investment in flood defences during a period of austerity and the development of an effective long-term catchment management plan. This strategy includes controlled flooding in designated areas of the River Severn’s floodplain, and these include the cricket ground and the racecourse.

My advice is that if you want to know anything about the natural environment in Herefordshire and Worcestershire then follow Dave’s twitter feed.