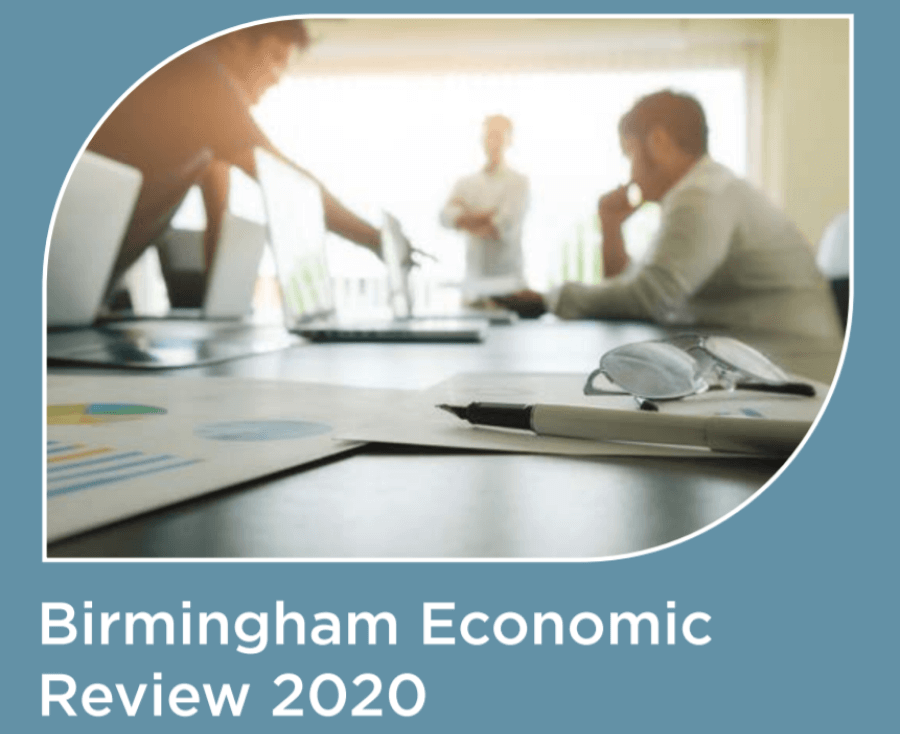 Professor Anne Green discusses the labour market challenges ethnic minority groups in Birmingham faced before COVID-19 and how the virus has exacerbated these issues.

The Birmingham Economic Review 2020 is produced by City-REDI / WM REDI, University of Birmingham and the Greater Birmingham Chambers of Commerce, with contributions from the West Midlands Growth Company. It is an in-depth exploration of the economy of England’s second city and is a high-quality resource for organisations seeking to understand Birmingham to inform research, policy or investment decisions.

During 2020, the Black Lives Matter movement has been prominent in the news, while the Black Pound campaign has promoted the idea of people making a conscious effort to spend money at Black-owned businesses. In turn, this has prompted greater attention on aspects of inequality by ethnic group – in education, employment, health and other avenues of life. These inequalities are reflected through the impacts of the Covid-19 crisis. They have particular significance for Birmingham given the ethnic profile of its population, with 43 per cent from ethnic minorities.

Existing health inequalities have been exposed by Covid-19, disproportionately affecting ethnic minority groups. The economic impacts of Covid-19 are overly concentrated on ethnic minority groups also, as shown by analyses of the JRF Pre-Vaccine Job Risk Index – which takes account of physical proximity to other workers when performing a job role, physical proximity to the general public and risk of being made unemployed during recession. The Bangladeshi and Pakistani population face the greatest job risks amongst ethnic groups analysed; these two groups are around twice as likely to lose their jobs as White workers. The Black population faces a similar overall job risk to the White population while the Indian group has the lowest job risk. Across all ethnic groups, less qualified workers are particularly at risk of losing their jobs, and if they lose their jobs are likely to face greater difficulties than those with higher qualifications in finding alternative employment. Poverty and educational attainment could play important roles in explaining ethnic differentials. Statistics on child poverty and educational outcomes by ethnicity show that Bangladeshi and Pakistani children are most likely to live in households in poverty, while children in Indian households are least likely to do so. Black children are also more likely than average to live in households in poverty.

Analyses of educational attainment using Department for Education ‘Progress 8’ scores that measure how much progress students make between the ages of 11 and 16 years compared with students with similar starting points show that Chinese and Indian students have the highest progress scores. Bangladeshi, Pakistani and Black African students also have higher progress scores than average, and higher than White British students. The gaps in progress between students who are eligible for free school meals and those who are not are smaller amongst students from these groups than from the White British group. Black Caribbean and Mixed White/Black Caribbean groups.

A clear message emerging from the evidence is that good performance of many ethnic minority children and young people in education is not reflected in the positions that they attain in the labour market. However, there are important differences in labour market performance between ethnic minority groups, with Indian and Chinese ethnic groups faring well on average. These differences in labour market outcomes between ethnic groups – whether in unemployment, earnings or over-education (i.e. where an individual has higher qualifications than are needed for a job) – which persist after accounting for demographic and human capital characteristics are known as ‘ethnic penalties’. Analysis has shown that even ethnic minority graduates who attend elite universities are more likely to experience unemployment early in their labour market careers than their White peers.

A current concern is that recession may exacerbate ethnic penalties. Research on ethno-religious labour market penalties during the recession that began in 2008 found that on the following labour market indicators ethnic penalties were exacerbated: the percentage of people employed part-time rather than full-time, the percentage over-qualified for their jobs, the percentage of older adults who became economically inactive prematurely, and incomes. In relation to job search, successive field experiments in the UK have shown that job applicants with Asian and African sounding surnames are less likely to get a positive call- back at the first stage in the recruitment process. This points to continuing labour market discrimination.

Research undertaken before the current recession and Covid-19 crisis, combining labour market projections with sectoral and occupational patterns of employment by ethnic group and gender, suggested that ethnic inequalities in the labour market were likely to persist in the medium-term. The study highlighted the importance of policymakers and practitioners not only helping the most disadvantaged ethnic minority groups to access employment, but also to promote job quality and progression in employment. These priorities remain apposite in the current context. A fair and resilient economy requires that policy tackles ethnic inequalities and discrimination in the labour market.