Devolution can only work when the economy fully works– so making it work and provide for all is going to remain the central question facing cities and regions – time to get City REDI, argues Richard Kenny. 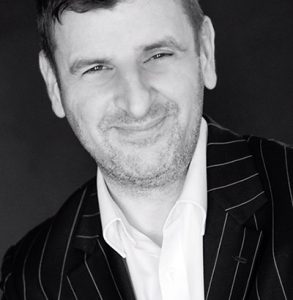 Richard Kenny is Head of Strategic Development at Birmingham City Council and has just joined the City REDI team on secondment at the Business School, University of Birmingham. Richard has overseen strategy and delivery at national, regional and local levels across two major UK cities, a regional assembly, economic development, health, and policing. Here he suggests the economy is the single most important issue facing localities and it is time for the region to step up and really get to know it, own it and relate everything to it. He argues that simply continuing to take the initiative is not enough and so we have to break out of a system that still only allows for local initiative. The only way out is to use the economy.  He argues the core intervention to help make this happen is City REDI.

Just over a year from now we will be listening to the victory speech from a new directly elected mayor for the West Midlands. The office of Mayor will wield relatively considerable influence and powers. It will be the first time the democratic deficit at sub-regional level has been significantly bridged outside London and the devolved nations. Police and Crime Commissioners have at most only begun, albeit valiantly, to reshape the criminal justice system. Someone then will speak big for the West Midlands with a broad mandate with the legitimacy and backing of the people. This will cause tremors across the political landscape of the conurbation. I want to argue that more important is how it shakes up how we think about our economics. There is hope for sure for the new collaborative politics to genuinely transform our region. But to do so we must first master our economy. Only by understanding and prioritising the economy will we achieve devolution and generate the prospects for a better life-quality for all. All else is a distraction until it is connected to this mission. This includes children services and adult social care. The ‘jaws of doom’, of reducing local government finance and rising social demand on public services, show how local government is in danger of extinction from a sole reactive focus on high priority ends over and above generating powerful means.

And what a great start.

The first thing that would help support the great intuitive work that is emerging from an increasingly more confident functioning economic market area is an intellectual economic powerhouse to enrich our understanding and knowledge of what the economic possibilities really could be and how to deliver them from a sound and grounded reality of where we are now and how we got here.

In October last year I attended the launch of City REDI, a new dedicated regional economic development institute, created by the Business School, University of Birmingham. There was overwhelming support for this initiative from academic and practitioner communities across all the sectors. The central challenge at the core of the discussion on the day was the reconciliation of the ‘race’ for devolution as a political project and the ‘knowledge’ gap about delivery given the lack of available evidence about what works and the quality of differentiated local strategy across the country.  It was a big leadership call made by the University of Birmingham to step up to the plate and lead the development of such a powerful proposition. It demonstrated a passion to commit to and put back into its city and wider region.

Having been involved in some of the earliest founding conversations I was delighted to be asked and to have now joined the City REDI team at the Business School.

So why is City REDI such an important intervention?

First, it is about competitive advantage. The future is cities. By 2050 80% of the world’s 9.7 billion people will live in cities. The biggest threat to existing cities is future cities. To make our way in the world we will need a much greater understanding of our economy. We will need a single and coherent joined-up finely granulated economic narrative across the whole system. To do this we will need to bridge the enormous economic intelligence gap. The big ask of ourselves is to secure a differentiated strength-based strategy that can compete in the world, but built and founded on exactly ‘as it is’ – a real authenticity and ambition of place. One of the reasons why I have worked in recent years with the Centre for Geographical Economic Research at the University of Cambridge is because Birmingham and the West Midlands have just not had a readily available dedicated critical mass of capabilities and expertise in the field. City REDI is, under the academic leadership of Prof Simon Collinson and Prof John Bryson, now making it happen. And this has recently been acknowledged through emerging work led by Prof Greg Clark where five government departments, six cities and six universities have produced a joint report on productivity and talent. Within it the economy hub models of Liverpool, Manchester and now, through City REDI, Birmingham, are recognised as foundations for strong devolution. This will be built upon very quickly in City REDI given its strong focus on delivery, with Rebecca Riley in post providing a business development director role.

Second, City REDI will shine new light for political and business leaders to lay the foundations for success and take ownership of the ‘micro’ economy as a whole. For too long local government, like central government, has pretended too much about their economies. The complexity of an economy has provided a fog of convenience allowing ‘gaming’ to prevail where politicians and officials can take responsibility when things go well and find other plausible ‘causal’ factors when things break. This is the spin of politics trumping the ‘science’ of economics. In a devolved environment there is scope to make things much more transparent about impact and what works where and under what conditions as well as what we don’t know but what we think we need to make a real difference.

This started in Birmingham in the 1980s and 90s when a new spirit and legacy that is local economic development strategy in the UK, was created.  When I was at Aston Business School Birmingham City Council was proudly creating this new practice. It led the Olympic Bid, built the concert hall and ICC, hosted the Super Prix and delivered major regeneration, such as Brindley Place. Many cities followed this unique strategy and literally these municipal innovations. In Manchester for example similar foundations were laid during my local government ‘apprenticeship’, appointed and guided by Sir Howard Bernstein. So we did the Olympic and Commonwealth Bids, a concert hall, a metro system, a municipal airport expansion programme and a push towards the new economy. We were unashamedly economically deterministic and as a result hugely successful. This is why we must make sure the public reform aspects of devolution do not become disconnected from the economy. It could rather explore how getting the economy right will reduce recurring social demand.

The Big City Plan has revived these glories in Birmingham and the Midlands is entering a new era through the game-changing impact of high speed rail and how it is reinventing the economic geography of England. The opportunities through local innovation are immense. The paradox is that all these strategies are predicated on initiative-taking, not devolution of powers or function. Therein lies the oxymoron of our emerging new arrangements –devolving initiative. Will the full powers and functions be passed on and embodied in legislation to enable their repeated use? Or will ‘deal’ making continue to prosper under elected mayors?

Third, the City REDI powerhouse provides the possibility of realising a new integrated approach. ‘Joining up’, ‘whole this’ and ‘total that’ has been the rhetoric for some time. The string of initiatives associated with this rhetoric has now mainstreamed the real need for a whole system approach.  In 2012 I led the bid that won the IBM Smarter Cities Challenge based on modelling public sector intervention in the whole city system in Birmingham. This amounted to £7.5 billion worth of annual spend that paid scant attention to the interdependencies of different strategies and their interventions. I also represented the city of Birmingham on the Foresight Future Cities Project, led by Greg Clark MP, looking in depth at the UK system of cities and cities as a system of systems. I have also been part of a University of Cambridge steering group looking at recessions, resilience and recovery exploring how shocks disrupt cities and their holistic long run growth evolutions very differently. I have been seconded to the University of Warwick to enable its new science of cities and big data work with New York. From within the police and health sectors I know how investing ‘up stream’ could bring huge returns if the ‘rules of the game’ could be changed. I hope this will bring sound practitioner perspective to secure a systemic approach at City REDI.

City REDI also aims to stimulate collaboration across the system so that the whole is greater than the parts. This is much easier said than put into practice. This will be part of my new role at City REDI to secure the most from the full range of expertise and partners right across the region.

The economy is by and large a complex adaptive system. So we will be sensitive to non-linear dynamics and the attribution problem. I am like many weary from the magic bullet ‘hunt’ that continues to occupy the research community across the various What Works Centres. My interest lies in the exploration of multiple interventions and clusters of activities and their dosages as a way to better understanding impact and outcome relationships. So a start for me might be to concentrate less on project and more on programme intervention. By combining and sense-making the best available evidence with the art of the possible I hope to help City REDI make a real lasting impact for our region.