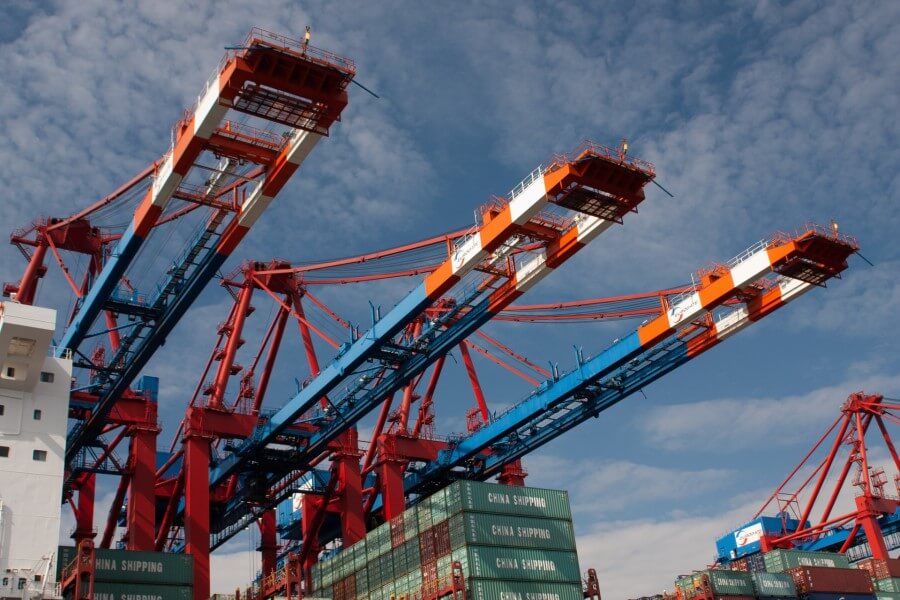 Mandy Haque looks at how Brexit and Covid-19 have impacted international trade in the West Midlands and the challenges that lay ahead.

The annual Birmingham Economic Review is produced by City-REDI, University of Birmingham and the Greater Birmingham Chambers of Commerce. It is an in-depth exploration of the economy of England’s second city and a high-quality resource for informing research, policy and investment decisions.

This post is featured in Chapter 1 of the Birmingham Economic Review for 2021, on Birmingham’s economic recovery and resilience following the coronavirus crisis.

The last 18 months have been reported by many as the most challenging times since the second world war in our country, with the complexities associated with Brexit compounded by the Coronavirus pandemic.

The uncertainty caused by the Brexit negotiations has been felt by businesses up and down the country, and businesses were still awaiting clarity on a number of key areas (such as tariffs and rules of origin) just a week before the end of the transition period in December 2020. Throughout last year, but particularly since the turn of the year, my team has been pro-actively working with businesses trying to navigate the new rules, decipher the UK-EU trade agreement and what it means for each company that is affected. The uncertainty over customs duties, increased costs for new processes and paperwork and lack of understanding of the ease of trading with the EU has all played its part in businesses hesitating to make decisions in the region. Many opted to “play it safe” and wait for the dust to settle after the first couple of months of the year before exporting or importing goods. It was also increasingly concerning that many businesses had taken a risk that the UK and EU would agree on a deal for their terms of trading and had therefore not prepared for any changes to impact their industries. However, from January 1st, it became clear to some that a trade agreement deal did not mean that imports and exports would continue as they had previously and the reality of the true effects of Brexit was concerning to many. Although the deal removes tariffs and quotas, it does not provide the same level of access to the EU market as UK businesses will have enjoyed previously. Now, many months on, some of these changes are taking affect. Some firms have resorted to moving part of their business operations out of the UK to the EU to keep their business moving. However, that has also, in some circumstances, proved costly with initial outlays for premises, staff and establishing legal processes. Some businesses have experienced difficulty in recruiting EU citizens for their workforce due to the changes in EU settlement rules. 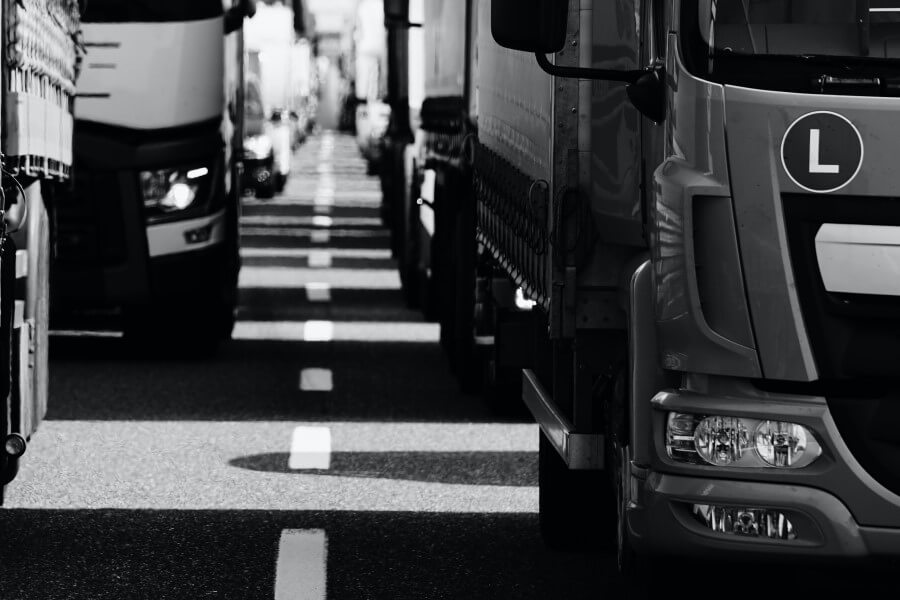 The road transport network has also been impacted and this has been reported more recently due to a lack of hauliers available to transport goods between the UK and the EU and throughout the UK. There are many drivers approaching retirement age and it is cited by the Road Haulage Association (RHA) estimates that up to 20,000 HGV drivers from the EU left during the Brexit process adding to a crisis that has left the country short of at least 90,000 drivers. Many European drivers also went home during the pandemic with few returning. When the UK was part of the EU, hauliers could come and go with relative ease, but the additional border checks after Brexit has meant it has become more time consuming and costly to drive into and out of the UK. The decline in the value of the pound against the euro since the Brexit vote has also meant that being paid in pounds has been less attractive for EU nationals.

The Impact of Covid-19

As well as the Brexit effect there have been other factors that have contributed to a challenging year for trade in the region. The global economy has been impacted by the pandemic and this has severely affected the fluidity and freedom of international trade. With borders closed and whole workforces struck down by the virus; supply chains were affected as many businesses were forced to repurpose. The cost of shipping containers escalated as well as air freight due to fewer air transport movements, which increased to beyond the means of many businesses. The lack of goods being imported had a detrimental effect on domestic trade as well as exports such as containers full of seasonal products stranded at ports across the globe missing the peak sales period in the UK. Lack of materials imported to support production in the manufacturing industry, such as silicon chips, circuit boards and certain raw materials have all compounded the challenges to trade. In March this year the blockage of the Suez Canal by the grounding of the huge container ship the Ever Given demonstrated the vulnerability of transport routes. Over 450 ships were waiting to transit the canal with some opting to take the alternative precarious route around the Cape of Good Hope adding approximately 8 days and 3,500 miles to the journey. There were concerns that if the blockage at the Suez Canal continued, some firms would have to pay to order more goods and have them sent over by air freight, which could cost at least three times more. 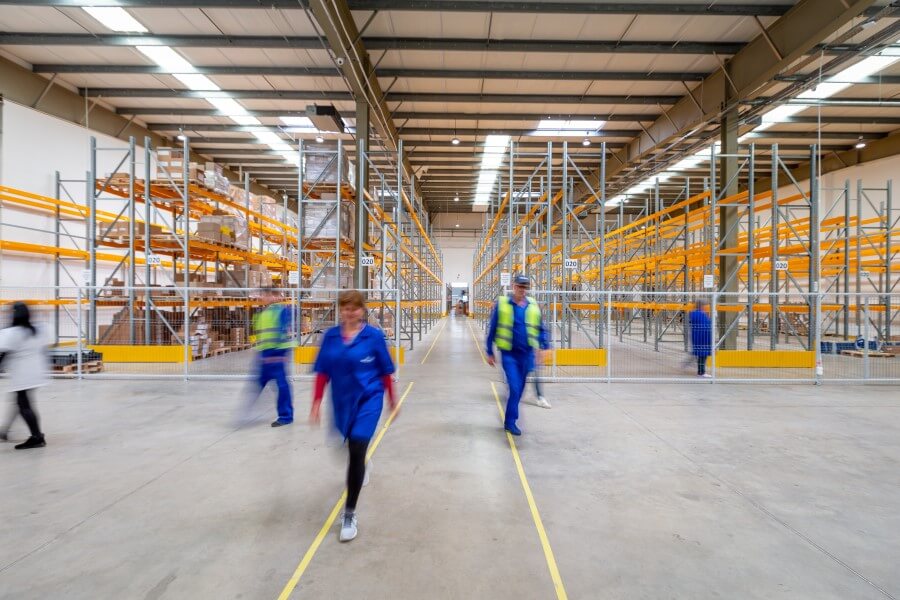 Due to the lack of normal trading conditions because of the pandemic, for many firms, it is still uncertain to see the impact of Brexit on their business. Although in the Greater Birmingham Chambers of Commerce the International Documentation team have continued to process documents to facilitate many shipments of goods to a variety of overseas markets, exports have not yet returned to pre-pandemic, pre-Brexit times. The Office of National Statistics (ONS) latest reports state that exports are down by 7.4% in June 2021 compared to June 2018 and imports are down by 2%. The certificates of origin that Chambers produce have seen a similar ratio of decrease across the UK, this is also reflected within Greater Birmingham. With the borders starting to open and the pandemic restrictions lifting, the last few months have started to see an increase in the temporary movement of goods for trade fairs and exhibitions, professional equipment and commercial samples. For some traders, there are new processes to navigate with documents required that previously weren’t.

With trade negotiations continuing and many overseas markets having agreements in principle, there will still be some changes to trade anticipated, but it is important to realise that there is support to help navigate the complex trade journey. The Greater Birmingham Commonwealth Chamber of Commerce is focussed on bilateral trade with Commonwealth nations and has strong partnerships and overseas relationships to facilitate trade opportunities. The Greater Birmingham Transatlantic Chamber of Commerce is part of the British American Business Network, one of 21 chapters spanning the UK and North America which is also available to help support those transatlantic relationships and bi-lateral trading and investment. With each day, week and month that firms move through into this new world post-Brexit and working with COVID-19, there is an opportunity to learn from others’ experiences, follow best practices and be aware of the business support landscape on offer to help companies.