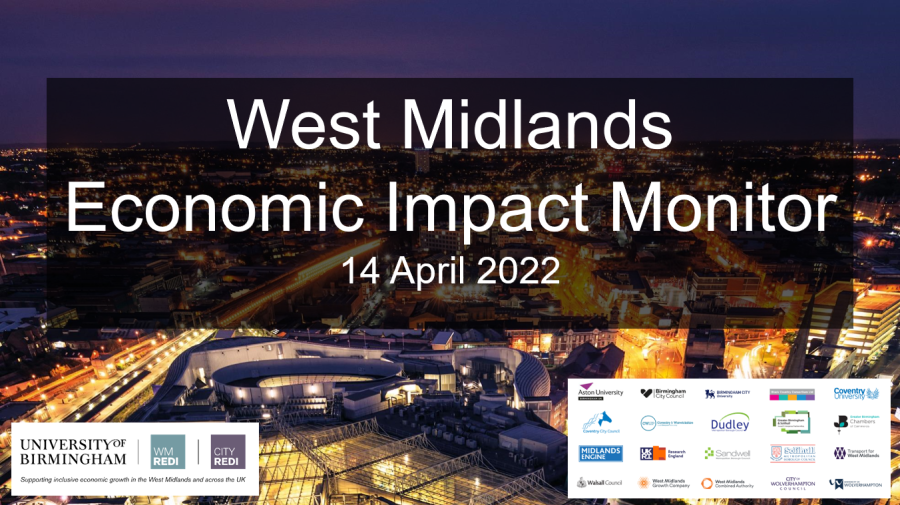 COVID-19 cases have been rising. In England, the percentage of people testing positive for COVID-19 remained high in the week ending 2 April 2022; ONS estimate that 4,141,600 people in England had COVID-19 equating to 7.60% of the population, which is about 1 in 13 people, but deaths still remain low. This level of illness however is further pressure on services and manufacturing as people take sick leave. The last month has demonstrated that West Midlands businesses are still faced with increasing costs from energy prices, talent and labour shortages, supply chain disruption, VAT for hospitality returning to 20% and rampant inflation with key sectors still needing time to recover from two years of COVID-19 pandemic.