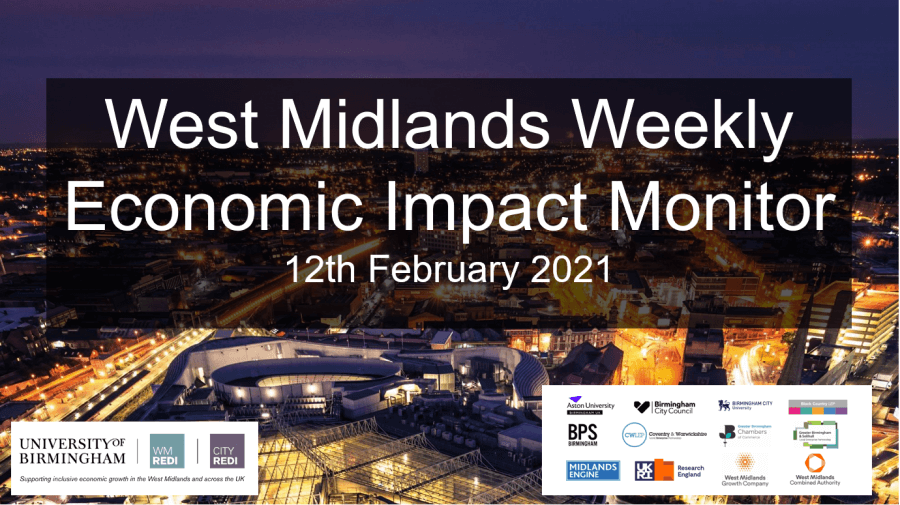 This week the impacts of EU exit and transition continue to unfold in the news, and the UK and regional PMI has gone back into contraction. As predicted by many forecasters, the ongoing lockdown continues to have a negative impact on the economy, but there are some good news stories in the region with £20 million investment in the electricity grid; Jaguar Land Rover’s revenue and pre-tax profits accelerated; and Mondelez International, owners of Cadbury’s, announced a £15m investment in its site at Bournville Birmingham.