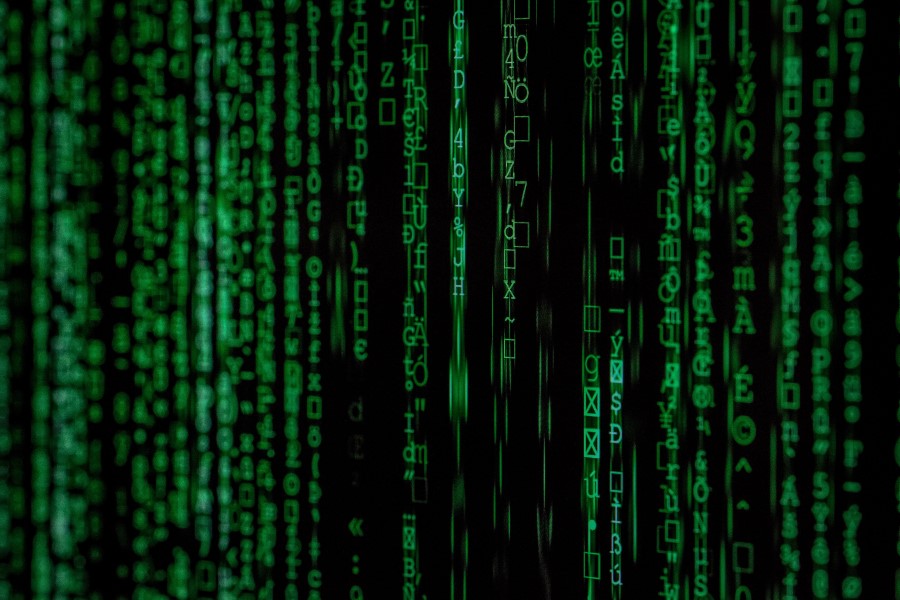 In this blog, Tasos Kitsos, Emmanouil Tranos and Raquel Ortega-Argiles discuss their most recent publication on the impact of early engagement with the digital economy on regional productivity.

There is hardly a need to argue the importance of digitisation and the digital economy on our everyday lives. The fact that virtually every governance level (from the UN to the EU, the UK, West Midlands Combined Authority, Black Country Local Economic Partnership and Birmingham City Council) has published strategies to harness digital capabilities indicates its transformative power. Digitisation could act as a catalyst for levelling-up via its sector-specific growth potential as well as its impact on business performance on non-digital sectors (Collinson, 2020; Billing, 2018) and individual opportunities (Taylor, 2019; DCMS, 2017). During the COVID19 pandemic, the transformational capacity of digital activities became so apparent that it even questioned the future of cities where people have increasingly gravitated towards for over 6,000 years (Green, 2020; Riley, 2020; Nathan & Overman, 2020). At the same time, the access, use and the benefits gained by engaging with digital technologies are far from being equally spread across space and society raising discussions around the digital divide at the individual and spatial level.

This blog aims to add evidence to the importance of digitisation on regional economic performance by discussing the findings of our most recent publication together with Dr Emmanouil Tranos and Professor Raquel Ortega-Argiles as part of our ongoing Facebook-funded research project. In particular, the paper focuses on the role of early adoption of digital technologies in subsequent regional productivity differences by combining big data with robust quantitative methods.

We find that early engagement with the digital economy can explain regional productivity differences for up to 16 years down the line. This means that the decision for the rollout of digital technologies can have significant economic impacts for many years and that typical evaluation timeline may underestimate the importance of these decisions.

In this sense, several studies use a range of methods to identify, usually, positive effects from the digital economy to macro-economic outcomes (e.g. economic growth or productivity) at different geographical levels (from national, to regional and the individual firm). These studies predominantly focus on contemporaneous effects and use data on broadband infrastructure and/or internet usage (e.g. they test the impact of the availability of superfast broadband in 2009 on regional economic performance in 2010).

We argue that the existing literature and policy formulation could benefit from insights across three aspects:

Starting with the digital economy measurement, we use a previously unexplored dataset provided by The British Library’s UK Web Archive and the Internet Archive, the largest archive of web pages in the world containing over 345 billion web pages from 1996 onwards. We use a subset of these data that contain UK-based webpages with postcodes and timestamps so for each year we can identify how many webpages were anchored in each NUTS3 region (the equivalent of the West Midlands Combined Authority).

Mapping these data (after normalising by regional populations, separating business webpages “.co.uk” to non-business ones “non .co.uk” and splitting into four quartiles) for 2000 and 2010 shows us the evolution of the engagement with the digital economy by region. The maps below highlight the uneven regional footprint of the digital economy’s intensity and suggest that any positive impact from digitisation is likely to follow a similarly uneven distribution. 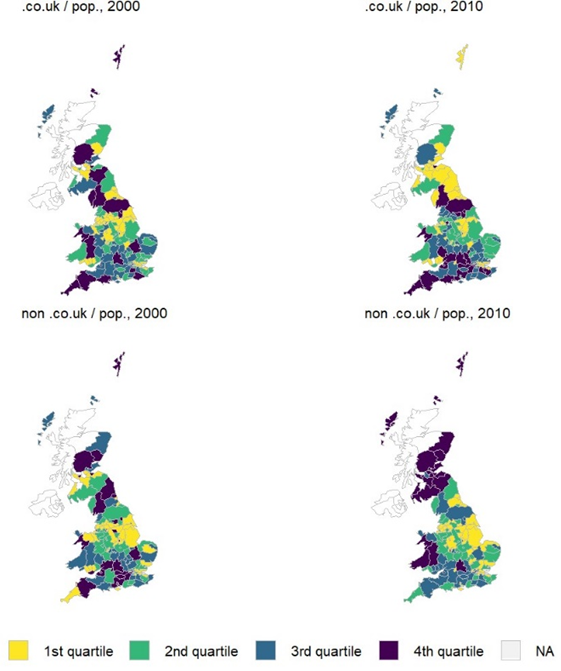 To contribute to points 2 and 3 above, we use a quantitative approach that allows us to test the impact of early engagement with the digital economy on regional productivity. The method also allows us to control for a range of fixed and varying regional characteristics that may affect productivity, such as the distance from London or the share of graduates in a region.

To test for early engagement, we used the number of webpages by region in 2000. To remind you of what this means, 2000 was the year when Nokia 3310 was making its debut alongside the first-ever camera phone.

Our findings have significant implications for policy across two aspects. The first is that policymakers need to be aware that the gradual rollout of digital technology affects regional productivity trajectories and hence is an active growth tool. In this sense, the West Midlands Combined Authority is expected to benefit from being a 5G testbed region. The second is that the typical evaluation horizon of rollout programmes may underestimate the positive impact of these policies since they are unlikely to account for the long-term effects of such interventions.

This blog adds to the increasing evidence on the importance of the digital economy on regional development. Questions of course still remain around mechanisms and interactions with other sectors as well as the role of digital on the resilience (Kitsos, 2020; Ortega-Argiles, 2020) performance of local economies in the wake of the COVID19 pandemic and other economic crises. These are topics at the core of City-REDI/WMREDI’s research agenda.

The paper has been published in Regional Studies’ special issue on Regional Approaches to data, environment, and society. It can be found here and its abstract is below

“Whilst the importance of internet-related technologies and digitization practices to economic performance is well documented, little is known about the long-term effects of the early adoption of such technologies. We use novel, geolocated data about the volume of online content from the Internet Archive to approximate the active engagement with digital economic activities. Using panel-data methods, we find significant positive and long-lasting effects of online content creation in 2000 on subsequent regional productivity levels up to 16 years later. Our findings highlight the sizeable effects of the digital economy that policy-makers should consider when developing future rollout strategies.”

For feedback and further details, you are welcome to contact the authors.