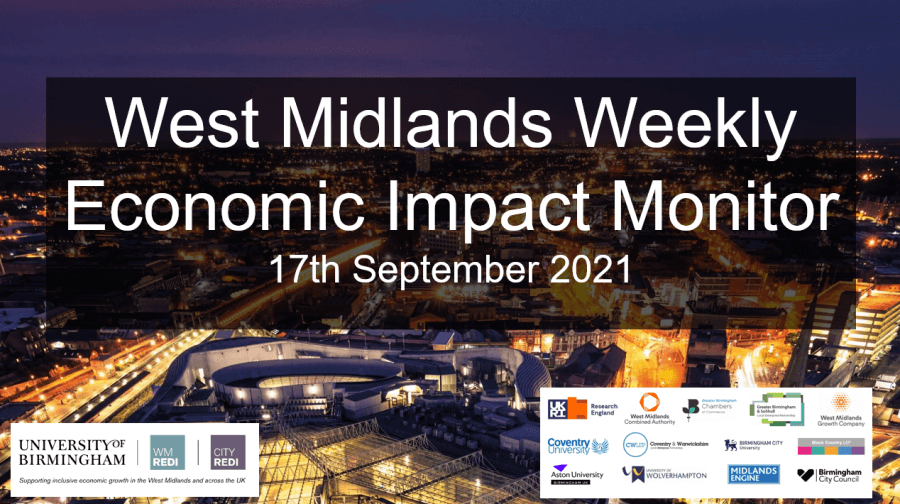 This fortnight there have been a number of significant announcements on social care financing, latest furlough data and the PMI, along with a cabinet reshuffle this week. Midlands MP Nadhim Zahawi is the new Education Secretary and Michael Gove has moved to MHCLG. As an avowed public sector reformer, this latter appointment could signal changes across devolved government as he leads the levelling up agenda. Regionally WMREDI and its partners have launched the West Midlands Data Lab. The data lab provides a single interactive portal for a wealth of up to the minute regional data and research.

City-REDI / WMREDI has developed a resource page providing analysis of the impact of Coronavirus (COVID-19) on the West Midlands and the UK. It includes previous editions of the West Midlands Weekly Economic Monitor, blogs and research on the economic and social impact of COVID-19. You can view that here.