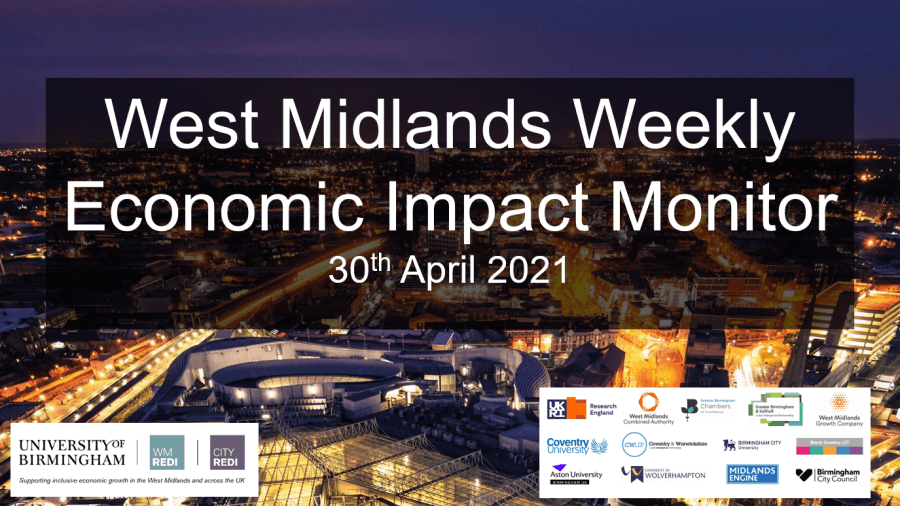 Following the easing of lockdown key indicators are showing the start of a return to normal. Footfall statistics indicate that people are more comfortable with leaving home, but the majority of people still feel the pandemic is having a worrying effect on their lives. The latest skills data shows a significant improvement; however, this should be treated with cautious optimism until a longer-term pattern emerges. Sectors such as events/conferences are still struggling and have no clear roadmap as to when they will be able to trade again. Some businesses in the hospitality sector are still not open due to costs and capacity and in the last quarter there has been a significant rise in those not receiving pay, and vacancies have gone down, so although unemployment is holding steady there is considerable uncertainty in the labour market.

This week we are asking all readers to participate in a survey, the purpose will be to better understand how our readers use the Monitor and this will then inform the development of future Monitors. For instance, we are eager to understand whether the continuation of the weekly Monitor would be beneficial or relevant to your work in the long term. We are also interested in what content would be useful going forward. Please follow the link to the survey here, it should only take 5 minutes. West Midlands Monitor Survey

Download and view a copy of the West Midlands Economic Monitor.