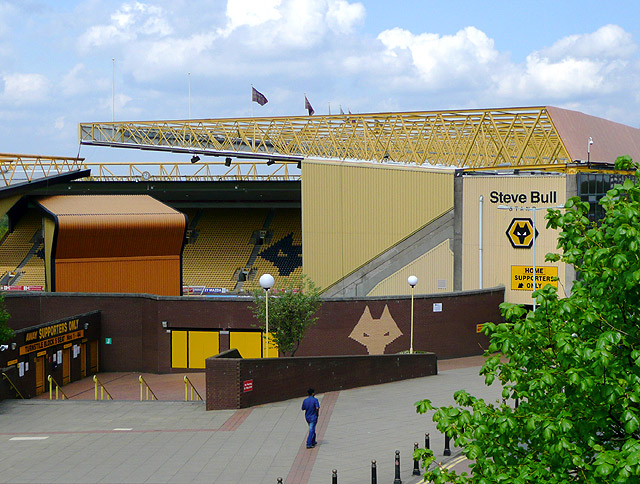 Greetings from Singapore. Singapore is perhaps a strange place to reflect on Wolverhampton Wanderers and its return to the English Premier League. But, like Wolverhampton, Singapore is a very special place with an interesting collection of strategic assets. All this is to argue that a place, a city, a town or a ward is defined by core place-based strategic assets. Some would argue that these are anchor institutions, but this is just the latest fashionable term to describe anything that provides a place with distinctiveness and perhaps something that is inimitable.

Football matters in many ways. There are the benefits of engaging in team sports as a participant. But, there are also important benefits from being able to share stories and memories with other club supporters. There is the relaxation, exhilaration and frustration that comes from attending a home or away match. Another benefit is the relationship that develops between a place and a football club. Thus, many people will know more about Wolverhampton from their appreciation of the Wolves. Thus, a place’s identity is partly encapsulated in the quality and international reputations of its sporting and creative infrastructure.

The return of the Wolves to the English Premier League after a gap of six years is to be welcomed. This will enhance the team and Wolverhampton’s reputation. There is no question that the Wolves are an important inter/national and city asset. Most notably, the Wolves were one of the founder members of the Football league in 1888 and made an important contribution to the establishment of the European Cup. They also won the FA cup twice before World War I. Wolves developed into of the country’s most important clubs after the World War II winning the Football League three times. However, in recent years Wolves have struggled both on the field and in the boardroom.

A football club has three important assets – its grounds, land and buildings, its players (and manager) and reputation. There is a fourth asset that is extremely important – the fans. A football club is nothing without its fans. There is a strong relationship between a club’s reputation and its ability to attract and retain the best players. There is a sting in the tail. Successful clubs must invest more in their players; or in other words, better players control the conditions of their employment and expect to be exceedingly well-remunerated.

There is a paradox regarding the wider economic impacts a club like the Wolves has on its local economy. First, there are the intangible benefits that come from a team that is discussed internationally and nationally and this process places Wolverhampton on the map. This might lead to Foreign Direct Investment and tourism. Second, the Wolves purchase goods and services locally and employees will consume within the locality. All this consumption generates jobs elsewhere in Wolverhampton’s economy. The paradox is related to fans attending matches. The difficulty is that locals attend both home and away matches and may spend more at away matches compared to attending and experiencing Wolves play at the Molineux Stadium. Thus, the impacts of attending a match at the Molineux Stadium on the local economy are close to zero as any local receipts must be offset by supporters travelling to attend away matches. The key impact of a football club is closely associated with reputation – a premier football club enhances the reputation of its home town.

Football is about players, fans but also property. There is another story of football – football as a financial investment. During the 1980s, Wolves was declared bankrupt – twice – and was only saved from another period of liquidation when it was purchased by two Saudi brothers in 1982. Nevertheless, in 1986, the official receiver was called in once again. To save Wolves, Wolverhampton City Council (WCC) agreed to purchase the Molineux Stadium and surrounding land from the club for £1.12 million. This was a partnership arrangement between WCC and a private property developer – Gallagher Estates – and Asda. This partnership agreed to pay off the club’s debts in return for an agreement that an Asda superstore would be built on land adjacent to the stadium. WCC granted the club a short-term lease on the stadium. This transaction saved Wolves, but also had some perverse consequences. The short-term lease discouraged the club from investing in the stadium.

The history of this stadium is extremely interesting. Wolves moved to this Stadium in 1889 purchasing the land in 1923. The recent acquisition of Wolves by Fosun, a Chinese conglomerate, took many years to negotiate. The then owner of Wolves had been trying to sell the club for four years. One stumbling block was the short-lease granted to the club by WCC. Wolves wanted to purchase the freehold of Molineux Stadium, but WCC refused. This is an important issue. WCC was concerned that transferring the freehold of the Stadium to Wolves and a private owner might mean that one day the club’s grounds were sold on for commercial property development. WCC wants to ensure football is always played at Molineux Stadium. The purchase of Wolves by Fosun was facilitated by WCC agreeing to provide Wolves with a 999 year lease on the grounds.  There are many ways to argue this. First, that it is important to maintain Wolves link with its historic stadium and that WCC should be congratulated for ensuring the continued relationship between football, Wolves and Molineux. Second, alternatively, one could argue that this is a poor financial transaction for WCC, and for the tax-payers of Wolverhampton, as more money could be made by redeveloping this site sometime in the future. However, this is to forget about the intangible benefits that come from the relationship between a football club, its historic site and place.

All this means that there is more to football than one perhaps imagines. It is not just about kicking a ball and engaging in a competitive team sport. It is also about local economic impacts that have the potential to transform localities and to produce better outcomes for people. One could end by reflecting on a question: Is Wolverhampton a better place for being the location of a premier league football team? The answer can only be ‘yes’. Cities develop or acquire distinct place-based assets and for Wolverhampton one of the city’s important assets is a successful Wolverhampton Wanderers. All this is to argue that sport matters, but as does place and that there are important relationships between places and sporting activities.