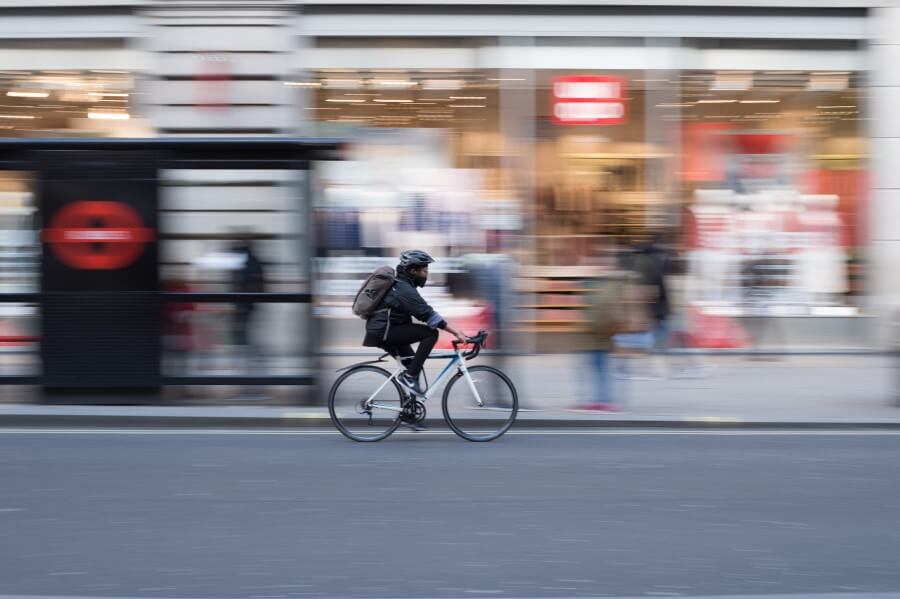 Welcome to REDI-Updates. REDI-Updates is a bi-annual publication which will get behind the data and translate it into understandable terms. WM REDI staff and guest contributors will discuss various topics, with this first publication focusing on how inclusive growth can be a tool to tackle regional imbalances across the UK. In this article, Dr Magda Capeda Zorilla explores how access to good transport can have a positive effect on physical and mental well-being, as well as promoting a healthy community.

To understand how transport can help to enhance people’s well-being it is important to recognise first, what well-being is and second, how to measure it.

According to research, well-being can be measured by an objective or subjective approach. The objective approach measures indicators of material resources such as income, food, and housing, as well as indicators of social attributes, such as education and health etc. Whereas, the subjective approach refers to the individuals’ own evaluation of their life (Western and Tomaszewski, 2016) and can be measured in two different ways: one is by the evaluation of satisfaction with life (known as cognitive judgement of life satisfaction): and as evaluation of emotional well-being (experienced positive versus negative moods or emotions) (Friman, et al. 2017, p.1).

The Office for National Statistics (ONS), considers different aspects of both approaches to measuring people’s overall well-being. It does so by considering aspects such as life satisfaction, happiness, health, relationships, level of education, skills, employment, living environment, residence and finances.

Transport plays a very important role in several components of well-being. In fact, it is argued that the ultimate goal of any transport policy is to improve people’s well-being by improving access to important activities, physical mobility and physical infrastructure (Delbosc, 2012). A transport policy that does not take into account these aspects of peoples’ lives can lead to high costs not only for the individuals and for their families, but for society and the economy.

For example, a highly motorised urban environment, characterised by people driving excessively even for short journeys (less than 2 miles) can potentially lead to lack of physical activity in addition to the mental stress that traffic can trigger. The result is an increase in the cost of health services.

Public Health England (PHE) states that a sedentary lifestyle is the cause of one in every six deaths in the UK, costing up to £1.2 billion to the health system annually (BHF, 2017) which translates to £7.4 billion to the entire economy annually (PHE, 2014). PHE highlights the importance of improving mental health and well-being to reduce the social and economic cost to regional productivity, from the strain on public health services as well as the drop in employees’ productivity. In the West Midlands, as many as 70,000 people are economically inactive due to mental health problems and 4.1 million working days are lost as a direct result of mental health problems. Moreover, the cost per person is £3,100 annually and at the regional level, it can cost up to £12.5 billion per year (Norman S. 2017).

Other impacts of an excessively motorised urban environment include air and noise pollution as well as road accidents, and feelings of pedestrian vulnerability. Research has shown that exposure to pollutants from motor vehicles is associated with respiratory and cardiovascular problems (Khreis, et al. 2017; Samoli, et al. 2016). In the UK, according to DEFRA and PHE (2017), poor air quality represents the largest environmental risk to the Public Health system. In the West Midlands, air pollutants measured by the monitory station in Birmingham’s Tyburn showed levels above the guidelines[1] set by the World Health Organization (WHO) (DEFRA and PHE, 2017). In addition, qualitative research carried out has found that pedestrians feel that commuting on foot leaves them vulnerable and at risk of accidents, whereas motor vehicles get more consideration from the transport planners (Hodgson et al., 2004).

Pedestrian safety can be improved either by engineering measures or by traffic calming measures. This is particularly important in urban cores, which are heavily urbanised with high numbers of pedestrians. The medieval city of York, for instance, has revealed plans to ban private car journeys into the city centre within three years. Local authorities and transport authorities as well as planners should fully recognize the importance and needs of all road users, including pedestrians, and follow an integrated approach to address the current problems and prevent future ones.

A modal shift from driving to more active transport can help relieve the air and noise pollution. In fact, increased walking and cycling can trigger positive effects on people’s lives and the economy as a whole. By walking or cycling, commuters can improve their health and contribute to reducing the risk of suffering overweight and stress. These benefits can outweigh the drawbacks even in poor air quality areas (Tainio et al., 2016). Active lifestyles can help reduce the risk of other illnesses such as type 2 diabetes and other cardiovascular diseases that further strains the public health system. The West Midlands has the lowest level of physical activity in adults in England (WMCA, 2017). Many residents will greatly benefit from active commuting to work, specifically in short distances (up to 1 mile for walking and up to 5 miles for cycling). As walking and cycling to work is the easiest way to incorporate physical activity into people’s daily routine (NICE, 2012), regional transport planners should seek ways to ensure physical activity commuting is embedded in to transport strategies.

The phenomena of geographical and economic exclusion (Church, et al. 2000), which is a result of poor transport provision, restrict people from travelling to work or education due to lack of efficient or economical transport links, as well as narrowing the residence search perimeters. A qualitative study about students’ experience of transport concluded that “inadequate transport greatly affects access to the complex bundle of activities necessary for full participation in higher education” (Kenyon, 2011, p. 769). More recently, researchers using quantitative analysis investigated the link between public transport accessibility, travel time and employment in the UK. The authors found a statistically significant relationship between travel time and higher employment level if all other conditions are kept equal (Johnson, et al. 2017).

The impact of transport on social relationships

Alongside adverse effects on physical health and employment, it is well documented that poor-quality transport can negatively influence social relationships. Access to different transport options allow people that cannot drive to carry out leisure trips such as visiting friends, relatives or engage in social activities. The importance of which cannot be overstated, especially in the case of elderly people who due to functional, cognitive and visual impairment are restricted from driving (MacLeod et al., 2014). A lack of access to bus-services in rural Wales, as an example, can lead to social exclusion, loneliness and depression, research concluded (Edwards et al., 2009 and Ziegler and Schwanen, 2011).

The negative impacts of transport on social relationships, people’s living space and quality of life goes further. For instance, research has shown that the development of urban transport infrastructure and road traffic negatively affects the number of friends and acquaintances that people have. Appleyard and Lintel (1972) and Appleyard et al. (1976) carried out a study in San Francisco in the USA. The study consisted of interviews among residents in three streets with different traffic volume. A street with light traffic (2000 vehicles per day), a street with a medium level of traffic (8000 vehicles per day) and a street with heavy traffic (16000 vehicles per day).  The authors found that as the level of traffic increased, the level of social interaction, especially across the street decreased. More recently and following the same approach, a study was carried out in Bristol. The authors found that similar results from San Francisco could be found in the UK. The main finding was that there was a significant difference in the level of traffic and the number of friends and acquaintances (see table 1). Moreover, traffic conditions had an impact on people’s perception of road safety (Hart and Parkhurst, 2011).

Furthermore, transport infrastructure or motorised traffic might lead to progressive physical or psychological separation of neighbourhoods also known as “community severance” (Anciaes et al., 2016a). However, further research is required to understand and measure this issue. For instance, Anciaes et al. (2016b) carried a study trying to identify the best methods to measure the intensity of community severance and to assess its economic value. The authors concluded that there is a need for developing objective indicators that can help to understand the nature, incidence, and intensity of the “community severance” and to help promote public participation in the planning process.

In summary, we affirm that the relationship between transport and well-being is extremely complex and in order to create a positive impact on well-being it is necessary to follow a holistic approach. This means that it would require different disciplines such as transport and urban planners and experts from health and psychology, to come together in the process of transport planning. Moreover, decisions for investment in transport developments should include engaging with researchers and consulting civil society and local communities to understand how the potential developments might affect people’s well-being. In addition, transport policy needs to integrate the measures of subjective well-being in the evaluation of these investments. Leading to a more inclusive, equal and satisfied society that ultimately can lead to a strong and better economy.