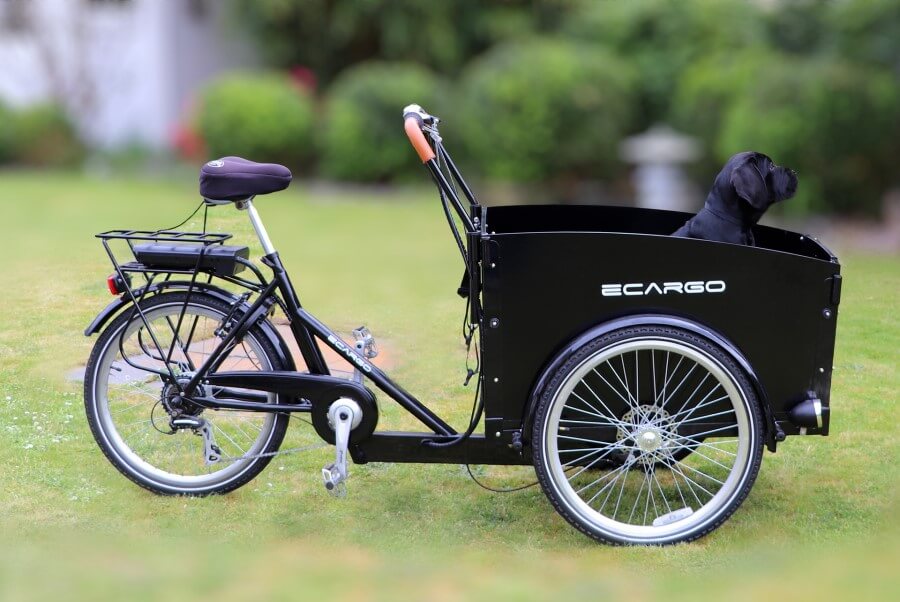 Robert Lynam, one of City-REDI / WMREDI’s summer interns, writes about the use of e-cargo bikes for ‘last-mile’ logistics, potentially reducing emissions, congestion and delivery times in the West Midlands.

What are your perceptions of an e-cargo bike? Peculiar-looking? A novelty that will eventually wear off? What about capable? As well as being favourable for the environment, they can also bring social and economic benefits both for businesses as well as individuals.

E-cargo bikes are simply electrically assisted bikes designed to carry a big load. And compared with diesel vans, these freight vehicles emit up to 90% fewer carbon emissions when delivering goods in city centres as the final part of the supply chain, or the ‘last-mile’. Recent studies have also found that they’re beneficial for businesses in dense, urban environments. Not only are they cheaper to use, but they can also deliver parcels 60% faster than their fossil-fuel-powered counterparts. Moreover, they have the added benefit of reducing congestion – potentially attracting further economic investment to the area – by being able to weave through traffic and park more flexibly. In fact, these bikes have so much potential that they could halve the number of motorised trips (both commercial and individual) in urban environments that involve the transportation of goods.

Benefits for the West Midlands

The problems that these pedal-powered vehicles can ameliorate are directly applicable to the West Midlands. As well as the region’s air pollution affecting 2.8 million people, Birmingham has a predicted population growth equivalent to adding the population of Oxford to the city by 2031. Combine this with the rise in online shopping that has arisen during the pandemic – habits that potentially look here to stay – and you have a recipe for gridlock on the roads. Congestion already cost the regional economy £2 billion a year in 2008 and is predicted to have worsened by over 80% by 2035. As road freight specifically accounts for 30% of this economic impact, one could estimate that halving the number of goods-related trips by using e-cargo bikes could potentially save the region up to £150 million a year, not to mention countless premature deaths related to air pollution.

The local authorities have already spotted the potential of these thrifty three-wheelers. Birmingham City Council secured £58,000 of government funding for an e-cargo bike pilot scheme which was tested during the Christmas of 2020. Transport for West Midlands has also foreseen their benefit for the broader region, considering them as part of its Local Transport Plan. However, time isn’t on our side: the climate emergency is already upon us. So, what can be done to speed up this transition?

Only one part of the puzzle

The benefits of e-cargo bikes are plain to see. But they won’t single-handedly solve the problems the West Midlands and other city-regions face. They’re only one of many measures that need to be implemented in order to create a healthier, more prosperous place to live for all. The region’s vision for an integrated transport system is a positive development, as is the national government’s goal for net-zero transport by 2050. All policies have their part to play, from the cycle hire scheme to the clean air zone.

Whilst it’s misplaced to think that the use of e-cargo bikes for ‘last-mile’ logistics is the single solution to these problems, we shouldn’t underestimate the scale of impact that these vehicles could have on the city-region. And better is good. That is, whilst not a comprehensive solution, undertaking micro-changes is both beneficial and necessary. Sales of commercially purposed e-cargo bikes are predicted to rise by 60% this coming year. Like in so many other areas, the West Midlands could also lead this permanent transition by directing, facilitating and encouraging the future of ‘last-mile’ logistics for the benefit of its people, businesses and planet.

This blog was written by Robert Lynam, an intern at City-REDI / WMREDI, University of Birmingham.