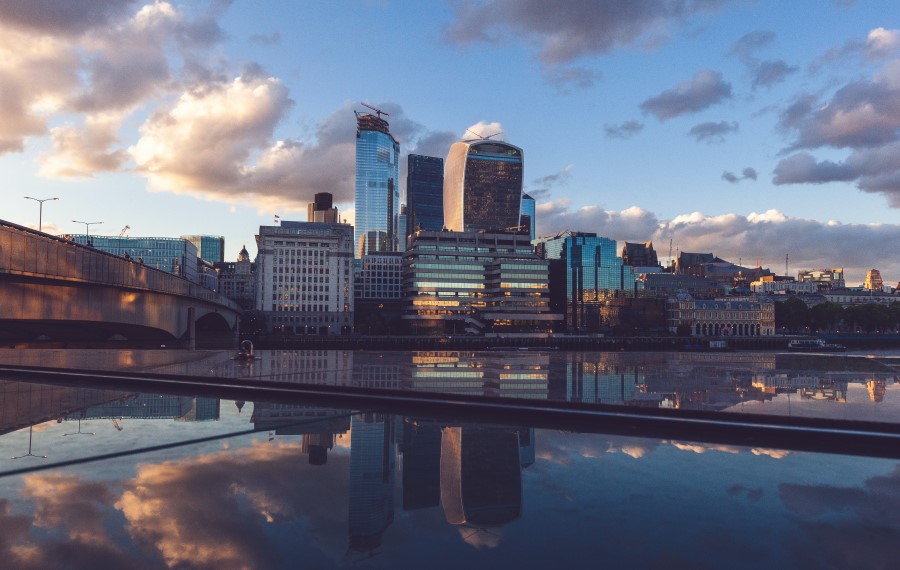 Co-authored by Huanjia Ma and Simon Collinson, they have been discussing new firm creation in regions outside London and the South-East in the context of the government’s levelling up policy plans.

The UK government’s recent levelling up plans promise large investments in infrastructure, R&D, skills and education, and the relocation of public sector employment, to stimulate economic growth in regions outside London and the South-East. One of the major objectives is to improve the innovation ecosystems of these regions and drive-up firm-level productivity.

One of the challenges facing this agenda is the persistently lower levels of new firm creation in places that have experienced slower economic growth. This is one key indicator of the entrepreneurial vitality of regional systems of innovation and should be a focus for policymakers.

Recent data shows that the number of new firms created across the UK has grown relative to the pre-covid period, indicating a strong recovery and future employment opportunities. However, London still accounts for a disproportionately high percentage of the total number of new firms and is the main driver of this UK-wide growth trend.

Note that the data is a snapshot of firms that are still alive as of March 2022. A region with a high firm birth rate and a high death rate will look very similar to a region with moderate birth and death rates. So, the data reflects how long new firms survive in different regions, and points very clearly to the breadth and depth of policies needed to incentivise firm creation outside of London and the South-East.

For the UK overall, and particularly for regions outside London, more High technology (HTEC)/ knowledge-intensive services (KIS) firms need to be created as part of the wider drive to stimulate innovation. However, the opposite is happening. Combining firm registry data with Eurostat data on HTEC/KIS firms, we can trace the total volume and geographic distribution of these over time. Nationally, HTEC firms in the economy remain consistently low at around 0.2%, with no significant increase between 2019 and 2022, and the share of new HTEC/KIS firms declined from 36.8% in 2019 to 31.8% in 2022.

It is important to recognise that this only reflects the number of firms and not the level of added value created by firms. The West Midlands may produce as much as value added in HTEC/KIS industries compared to the other regions with a higher percentage of new firms in HTEC/KIS industries.

If the government follows up on its pledge to increase public R&D spending outside London by 40% by 2030, there are significant opportunities to attract matched private sector investment in R&D and help regions grow. But this should be done on the basis of a robust understanding of (1) local regions and their very different growth constraints and opportunities, and (2) past evaluations and experience of R&D investment as a stimulus for local growth.

In particular we know that:

All of these examples illustrate the importance of understanding regional economies as complex, interactive systems. This also points to the need for coordination across a range of complementary policies, addressing skills, housing, transport infrastructure, business support programs and entrepreneurship support.

One of the most important relationships in regional socio-economic systems is the link between firms and households, largely mediated via employment. Firms create employment that underpins household incomes. More high-income jobs (a product of firm demand and skills availability) mean higher average household incomes and less vulnerability and deprivation, but only if these jobs are spread across socio-economic groups.

A high level of new business formation in a region indicates a vibrant entrepreneurial culture, but if the mortality rate is also high, this is unlikely to help create long-term employment. Out of just over 3 million firms in the UK in 2020, there were 358 thousand new firms born (11.9%) and 316 thousand ‘deaths’ (10.5%). London had the highest rate of turnover, with both the highest business birth rate at 14.0% and death rate at 12.1% but resulting in a strong net growth rate. The West Midlands had one of the highest birth rates at 12.2% and the second-highest death rate of 11.9%. Its net rate of firm formation for that year was 0.3%, the lowest of the English regions and this has been a consistent challenge for the region.

Depending on the local dynamics of firm creation, individuals and households with different backgrounds will be affected differently. New firms will increase competition levels and can push incumbent firms in the same industry to innovate. This can drive increased investment in R&D and labour skills, which grows the pool of skilled workers. But less innovative, agile firms can be driven out of the market, and this will normally impact lower-skilled workers and increase unemployment in lower socio-economic communities.

Labour markets are also dynamic. If new firms are in high-skilled, knowledge-intensive sectors this can attract national and international migrant workers. High-skilled migration has a complex impact on the local economy. On the one hand, it benefits both native skilled and unskilled individuals by promoting long-run economic growth by creating innovation, increasing productivity, and expanding the consumer base. But it can also have negative effects, leading to reduced wage and employment opportunities for low-skilled workers, pushing up the cost of living (particularly housing) and creating welfare loss through a squeeze on relative incomes. If most new firms are less skill intensive, this is positive in terms of reducing unemployment (but also lowers productivity). But it can trigger the in-migration of low skill workers and depress wages, with a longer-term impact on more deprived communities.

The Government’s plans to improve innovation ecosystems and entrepreneurial vitality through a basket of policies face an uphill struggle. Both the spatial data and the trend data on new firm formation work against this objective and point to the need for stronger policies and higher levels of investment. The share of new firms in regions outside London and the South-East has decreased despite the fact that more new firms have been created across the UK, relative to the pre-covid period. In addition to this, the presence of HTEC/KIS firms in low-growth regions is small and declining. These are critical to regional innovation and competitiveness, and to high-skilled and high-income employment.