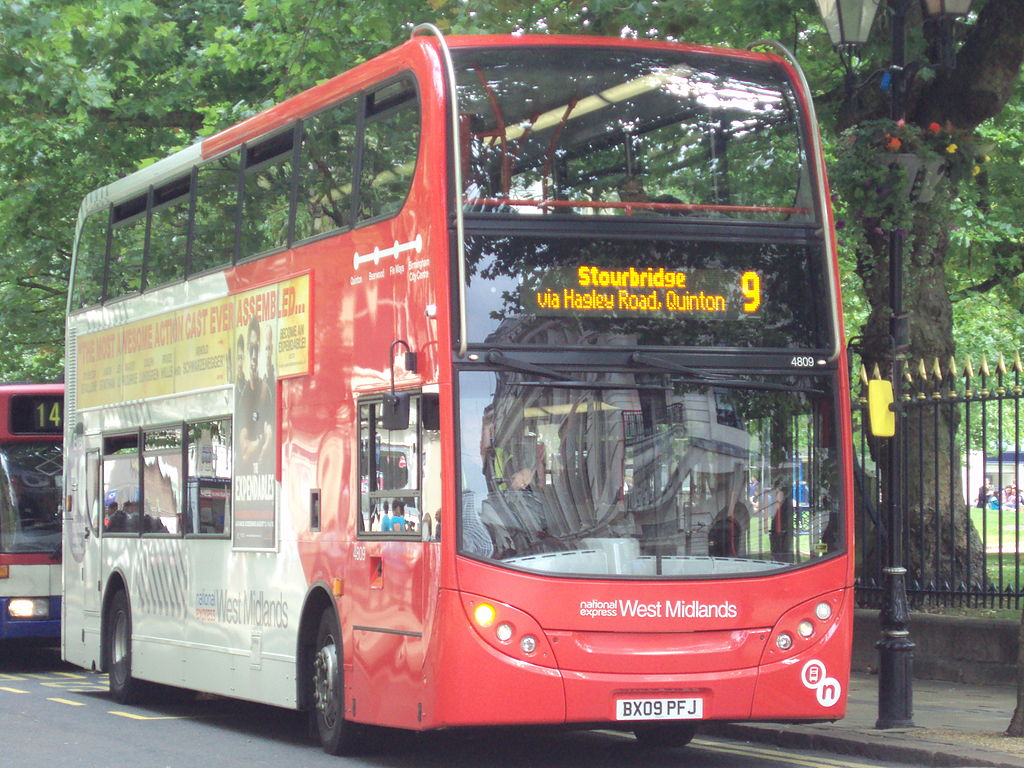 At the Conservative Party Conference, the Government seemed adamant to talk about buses. But, for what reason would the Government want to make buses a key transport-policy subject?

At the conference, the Chancellor, Sajid Javid, proclaimed; “Buses haven’t been given the attention they deserve from politicians. But they are still the backbone of our public transport in most of the country.”

In his speech, he reconfirmed plans to create two all-electric ‘bus towns’ as part of a £220m package of funding. An additional £30m will be spent on improving existing routes and ensuring that previously cancelled services are restored, particularly in rural areas. £20m has been reserved to develop new “on-demand” bus services.

The Prime Minister may have announced that he is a ‘bus nut’, but since 2010, government subsidies to bus companies have been cut by 45% and over 3000 bus routes have been forced to close. The ambition, the Government maintains, is to roll-back those cuts and bring in a self-described ‘transport revolution’. The mood-music seems to suggest that buses will be at the heart of that revolution.

And for good reason.

Buses are the unloved workhorse of national economic growth. They connect people with jobs, leisure, the health service, the local retail-park, the high street and they specifically benefit low-income people more than those with the higher-income to fund private vehicles.

Around 20% of people in full-time employment, 30% of part-time employed and over 50% of students aged over 16 use bus services frequently, (3 times or more a week). Among those in employment, frequent bus use is most common amongst the lower-skilled occupations, specifically manual workers and in sectors such as sales, customer service, and personal services.

Here in the West Midlands, the mighty bus is the grinding carthorse of the region’s public transport network, with bus services accounting for 81% of public transport use, compared to 17% for rail and 2% for metro. It is the largest commercially operated bus network in the UK with 75 million vehicle miles, with the total number of passenger journeys in 2016/17 totalling 261 million. In this region, the bus connects communities and changes lives.

Their importance to the region is only set to increase, with the West Midlands Combined Authority (WMCA) and Transport for West Midlands (TfWM) stating that the bus is, and will remain, the cornerstone of their transport strategy. The arrival of 3 new Bus Rapid Transport services, otherwise known as ‘Sprint’, which is a tyre-based metro/bus hybrid, will help modernise bus services for countless passengers and shrink the spatial proximity of Sutton Coldfield, Walsall and Solihull with Birmingham City-centre, ensuring that more people have a quicker and smoother commute to the job opportunities within the Birmingham-city -region.

Based on current travel habits, expected growth is set to add 1.2 million trips to the network each weekday, increasing car kilometres by 34% across the region, and increasing demand on an already stretched and busy city-regional bus service.

Shrinking the spatial-proximity of surrounding urban areas with the Birmingham city-centre core is crucial to unlocking the problem of productivity in the city-region. Gross Value Added (GVA) per head for the WMCA region is £23,903 compared to the English average of £27,949, showing the region’s GVA per head substantially underperforms the national average.

Poor public transport infrastructure and long commuting times in the UK’s large cities, like Birmingham, make their effective city-size smaller, and thus weakens the agglomeration benefits that would be expected from a city-region, such as the WMCA. Considering the WMCA region has a population size of 5.8 million, there should be greater agglomeration effects and higher productivity.

Public transport can help change that.

A transport-revolution that reduces commuting times for passengers across the region would boost the size of the labour force, bringing them closer to job opportunities and training, enhancing agglomeration effects and increasing GVA.

Buses don’t just act as a way for people to go to the cinema or get a new t-shirt at Primark, (the worlds’ largest is in Birmingham btw and it is so obscenely large that it should have its own customs territory); instead, buses are the transport-choice for many people, crucially for many low-income people to get to work, and the Government should not be shy in championing the bus as the unsung hero of Britain’s economic growth.

The Government’s spending-commitments may be the first step to ensuring buses empower people to find job opportunities and support economic growth. It’s only right that they start to ‘Make Buses Great Again’!