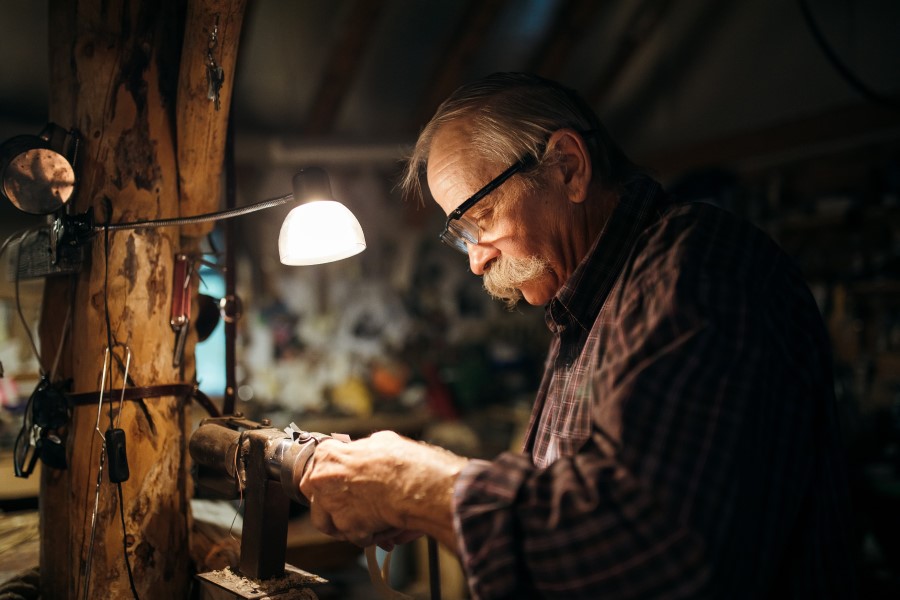 With the number of vacancies nationally outstripping the numbers of unemployed people and many employers facing recruitment challenges, some labour market commentators argue that greater policy emphasis needs to be placed on measures to boost labour supply. While higher student numbers and a reduction in in-migration than prior to the Covid-19 pandemic are factors in reducing labour supply, so too is a downturn nationally in the number of over 50s in the workforce. The employment gap between people aged over 50 and the wider working population is widening.

Over the medium term, a general trend of population ageing is continuing. This has contributed to a growth in people aged 50 years and over in employment, albeit this trend is less marked in the West Midlands Combined Authority (WMCA) area than nationally. In the next ten years, all of the large post World War II ‘baby boomer’ generation will have reached State Pension Age.

The West Midlands 7-Met area’s age structure in 2020 is shown in the graph below by the blue bars; the orange line shows the age profile of the population of England (using data from ONS Population Estimates). The age structure of the WMCA area is younger than that for England. However, the relative sizes of different age cohorts in the WMCA area follow the national pattern, with a large cohort aged in their 50s, followed by a smaller cohort aged in their early and mid-40s. Hence, national analyses of over 50s in the labour market will have resonance for the West Midlands.

From the 1970s until the mid-1990s there was a decrease in employment rates for the over 50s, driven by the early exit from the labour market of older men from declining industries. From the mid-1990s until the Covid-19 crisis there was a trend towards increasing labour market participation of the over 50s, particularly amongst women and people in their 60s. A key factor underlying this increase has been the rise in the state pension age (SPA) for women from the age of 60 to 65 years over the period from April 2010 to November 2018. The long-term trend towards more years of healthy life in retirement is now stalling and there are marked inequalities in the economic and health experience of the over 50s. The over 50s are a heterogeneous group, with some much more able to support themselves in retirement than others.

Nationally, the Covid-19 pandemic has had a disproportionate impact on older (as well as younger) workers, with a particularly marked reduction in the employment rates of older women, but this is less evident in the West Midlands than nationally. Formerly their employment rates had been increasing, alongside the rise in the State Pension Age for women amongst the younger members of the ‘baby boomer’ cohort.

The employment characteristics of workers over 50, and more especially those over 60, are rather different from those of younger workers. In particular, older workers are more likely to work part-time and have low weekly (and hourly) pay than all but the youngest workers. They are also more likely to be self-employed, with the increase in self-employment being particularly marked for those in their 60s.

The sectors with the oldest average workforces at the national level are primary industries, real estate and transport and storage. However, the largest absolute numbers of workers aged 50 years and over are in education, health & social work, manufacturing and wholesale & retail; together these sectors account for nearly half of older workers.

Barriers to accessing learning and employment

The over 50s face a range of barriers in accessing learning and employment.

Qualifications, skills and training: Employers are less likely to train older than younger workers. A lack of up-to-date skills and qualifications hampers some (but by no means all) older job seekers. Some over 50s feel overqualified for jobs on offer. Yet (re)training can be helpful in transitioning to new jobs, especially for those made redundant – where early intervention is helpful. Modular training and sector-specific training may be particularly valuable.

Age discrimination: Legally employers cannot ask for a date of birth on a job application unless there are specific age requirements for the job in question. A substantial proportion of the over 50s perceive age discrimination as a factor in their difficulties in finding employment. International evidence suggests that a combination of factors, including ageism in the workplace, seniority pay out of line with older workers productivity and relatively low digital skills contribute to an unwillingness amongst employers to hire older workers. 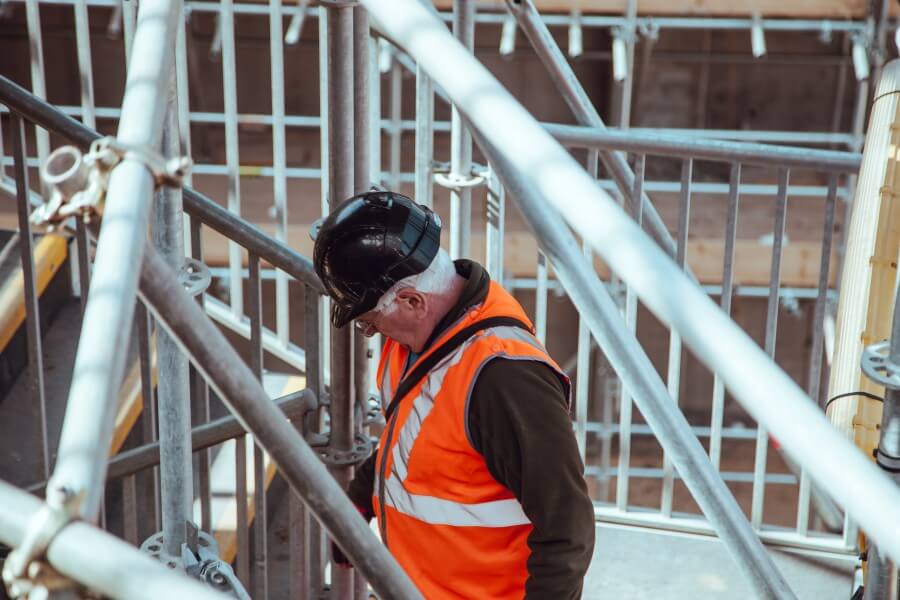 Poor health: Evidence on transitions of older workers out of employment shows that those reporting a long-standing and work-limiting health problem are almost 5 percentage points less likely to still be in work a year later compared with those not reporting such a health problem. The likelihood of poor health affecting the over 50s’ continuation in work varies by the type of work that they do. Evidence indicates that only around one in 20 of those aged 60-65 in professional occupations have been forced out of the labour market because of poor health, compared with one in three of those in elementary occupations or process, plant and machinery operatives who have left work and become economically inactive because of poor health.

The role of part-time and flexible working: Flexible working can help older people stay in employment for longer; it may help fit around caring responsibilities and health problems, which are major reasons for early retirement. Relatedly, some commentators suggest that social prescribing of workplace health support, or more general advice and support, is one way of enabling people to stay in the workplace.

What works in helping the over 50s into employment

Generic programmes tend to be less effective at supporting older people. Rather, personalised support and an asset-based approach, taking account of the value of over 50s’ existing skills, instilling positive attitudes and expectations, and considering issues of pay, fulfilment through work and flexibility to fit with non-work responsibilities and interests, and health challenges, is likely to be more fruitful.

Further reading: For more details on Over 50s in the Labour Market, with a particular focus on the West Midlands, see The West Midlands Local Skills Report Supporting Evidence.

This blog was written by Professor Anne Green, Professor of Regional Economic Development at City-REDI  / WMREDI, University of Birmingham.