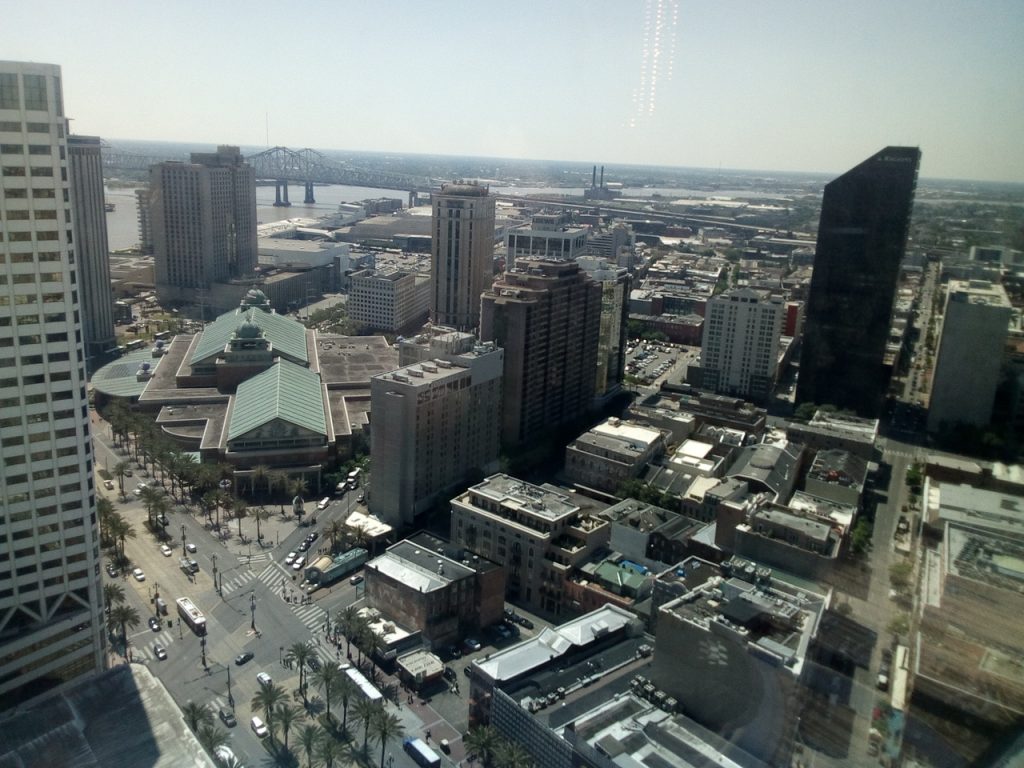 This blog gives the perspective of two academics attending the AAG Annual Meeting 2018 in New Orleans. The first part of the blog is from Professor John Bryson, City-REDI, University of Birmingham, and the second part written by Dr. Vida Vanchan, State University of New York (SUNY), who is co-organising two sessions at the conference with Professor Bryson.

Well, another year and another visit to the largest conference of academic geographers that is held annually by the Association of American Geographers. Last year, it was held in Boston and this year in New Orleans. This is my second visit to this rather interesting French/American/Creole/Cajun city. I will write more about this city in another blog. It is perhaps worth noting that there are many similarities with Birmingham including a rather large homeless population.

Why does one come to New Orleans to discuss Birmingham? The answer is about bringing together academics from across the world to discuss and compare different elements of the interplay between people, place and space and for space perhaps, in this context, read globalisation but also city-regions.  I have organised three sessions at this conference that bring together academics from the US, UK, Australia, Singapore and China. The title of these three sessions is “Dynamics and the Evolving Global Geographies of Manufacturing: Offshoring, Reshoring, Robotics and Autonomous Systems and Global Production”.  We have run two of these sessions and have a panel discussion this afternoon. These sessions build upon a paper that I co-authored this year on reshoring of manufacturing back to the US and the UK (Vanchan et al.,, 2018). The academic justification for these sessions is about understanding dynamics or adaptation processes to both local and international alterations in economic activity. Thus, while manufacturing has transformed the global economy, it also continues to be transformed with the emergence of new geographies and also new drivers behind these geographies. One of the major transformations involves the continued restructuring of Global Value Chains or Global Production Networks. This process includes outsourcing, offshoring and reshoring, but also the application of new technologies, including artificial intelligence, robotics and autonomous systems (RAS). Manufacturing is on the threshold of a major revolution that will transform the relationship between work, worker and machine. This revolution will destroy existing geographies of manufacturing and, at the same time, transform workplaces. It is important that geographers and policy-makers begin to explore the drivers and consequences of these changes as firms respond to pressures to replace people with RAS systems, to reshore production and to create new global and local geographies of production.

These sessions are exploring the dynamics of manufacturing theoretically and empirically to advance debates and understanding of manufacturing from pre- to post-industrial worlds and to explore new geographies of production, their drivers and implications for work and worker. There are many major and fundamental alterations underway. These include:

There are three points to consider from the first two sessions. First, no one mentioned Brexit. Brexit is primarily a local UK concern. One of the primary threats that is being mentioned is the on-going posturing regarding international trade that is beginning to impact on the global equity markets. This is about America and any impacts that will come from any form of “trade war”. In global trade terms, the UK is important but is still a minor player. 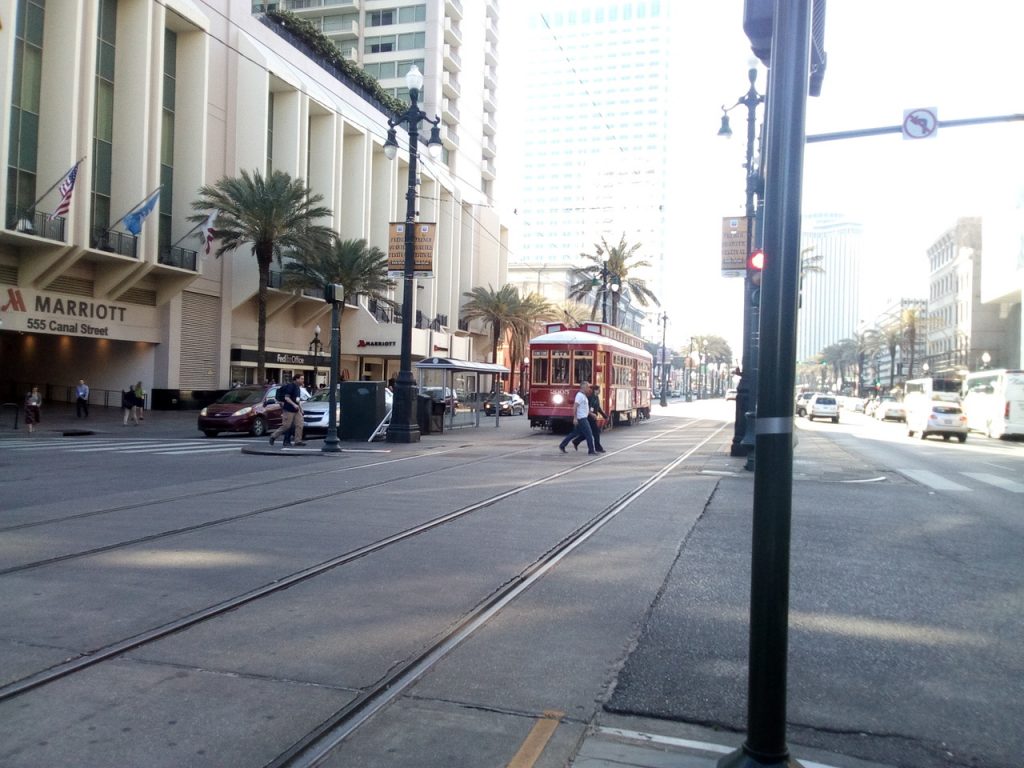 Second, there is an on-going debate about path dependency or the ways in which previous decisions impact on current decisions. This analysis is one that primarily focusses of firms and regions. Thus, the economy of the West Midlands is the outcome of a set of decisions made in the distant past and it becomes difficult, impossible, to work against these decisions. One paper, presented by Ronald Kalafsky, University of Tennessee, explored exports and the contribution they make to economic development. This was a fascinating paper, but a key element is the observation that regional policy makers suffer from path dependency. Thus, in the US context, they chase FDI or inward investment with a focus on local jobs and export-driven growth. The path dependency is in the approach to policy development to enhance local growth. This is partly about policy-makers not having the confidence to develop strategies to support their local economies and adopting a standard approach based on, what is known in the US, as smokestack chasing. All policy makers would appear to be guilty of similar forms of path dependency. One could argue that this is a risk avoidance strategy or perhaps a lack of imagination. This raises the question of what the nature of path dependent city-region policy decision-making is in the UK, both nationally and regionally, for example at Birmingham City Council and in the West Midlands Combined Authority.

Third, a paper by William Graves, Associate Professor, UNC-Charlotte, explored industrial incentives and the attraction of large automotive plants to towns and cities in the Southern states. This study is still being developed but is based on an interesting research design. William is studying the economic impacts of large scale public sector incentives provided to car companies to encourage Foreign Direct Investment (FDI). The contrast is the well-known geographic shift of the US automotive industry to the Southern states. He is exploring both the impacts of these investments on a set of towns that ended up attracting automotive plants and a control group. The controls are those towns that failed in the race to win this FDI. This analysis was astonishing. Thus, areas that had attracted these plants experienced employment growth but income decline. The staggering finding is that the control group of towns that failed to attract this inward investment performed at a higher level over a ten-year period. Thus, winning an automotive FDI plant did not lead to a major local return on the investment. There is another aspect to this study. Many of the workers in these plants do not live locally and thus towns/cities are subsidizing large firms, and the employment benefits are going elsewhere. All this suggest that FDI needs to be handled very carefully as paying to create jobs from taxation does not always lead to an economic return on this investment. However, we must acknowledge that this return is often a political rather than an economic return.

This, raises an interesting question: What sort of policy is required for what sort of regional outcome? It is this question that we will be considering this afternoon at our panel discussion. 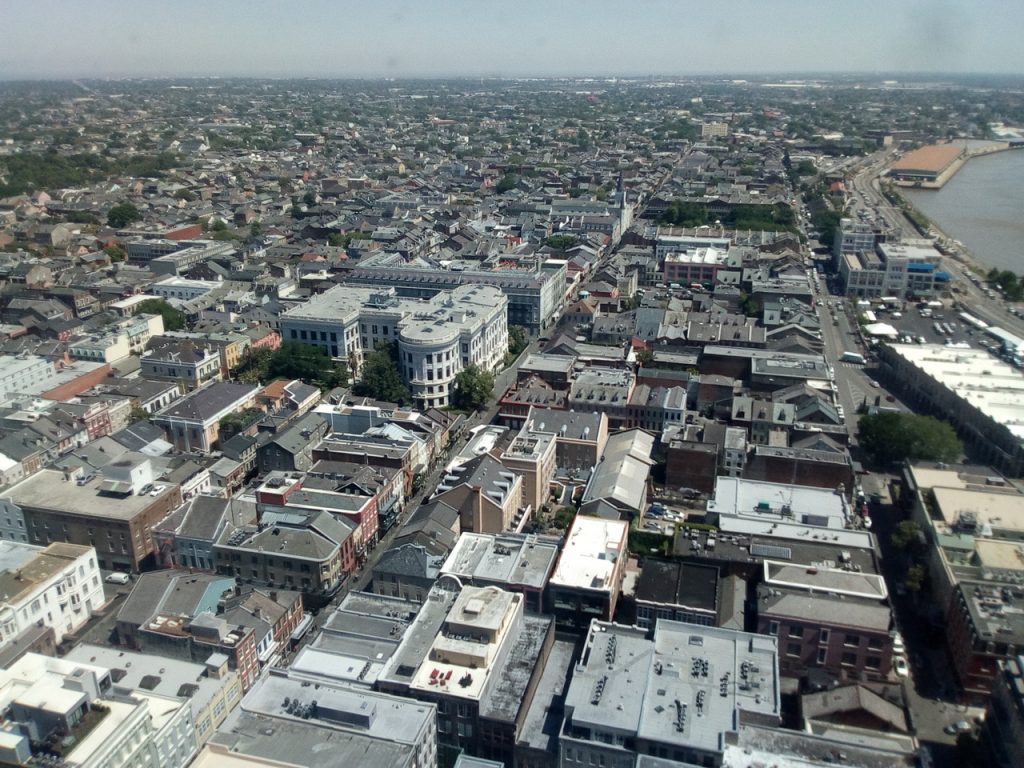 Ordinary cities, extraordinary things, and the evolving geographies of manufacturing

On 10 April 2018, I co-organized two sessions with Prof. John Bryson, City-REDI, University of Birmingham, at the annual conference of the Association of American Geographers. These sessions were entitled: Dynamics and the Evolving Global Geographies of Manufacturing: Offshoring, Reshoring, Robotics and Autonomous Systems and Global Production. The papers presented not only highlight the dynamism of firms and evolving geographies of manufacturing, but also underscore the triad relationship between place, firm, and growth. They raised interesting questions about local and regional growth policies as well as the role of cities within the hierarchy. Are export-oriented cities growth pole cities? What types of industrial displacement efforts sustainable? How does information communication technology (ICT) affect manufacturing locations and employment choices in developing countries? Does new energy vehicles (NEVs) development and production truly promote environmental conservation efforts?

The emergence of ordinary cities, cities that are not classified as world cities or major metropolitan areas, their manufacturing concentration and export intensity may exhibit extraordinary things and question the long-term growth policy, firm embeddedness and strategic coupling. Cities, particularly rustbelt cities, have transformed their land use from industrial to commercial to mix-use in order to stimulate and promote growth. State (country) takes on a new growth strategy by providing incentives and promoting the ‘new’ thing such as NEVs. In the end, most efforts performed by firms, cities, and states promote individual economic and short-term growth. In turn, long-term and sustainable growth is difficult to achieve and not immediately felt by the constituents but is much needed. This requires an in-depth understanding of the complex nature of firms, the geography of place and space, the evolving geographies of manufacturing, and dynamism of labour force and human behaviour.

Vanchan V., Mulhall R. & Bryson J.R.  (2018), ‘Repatriation or Reshoring of Manufacturing to the U.S. and UK: Dynamics and Global Production Networks or From Here to There and Back Again’, Growth and Change, 1-25