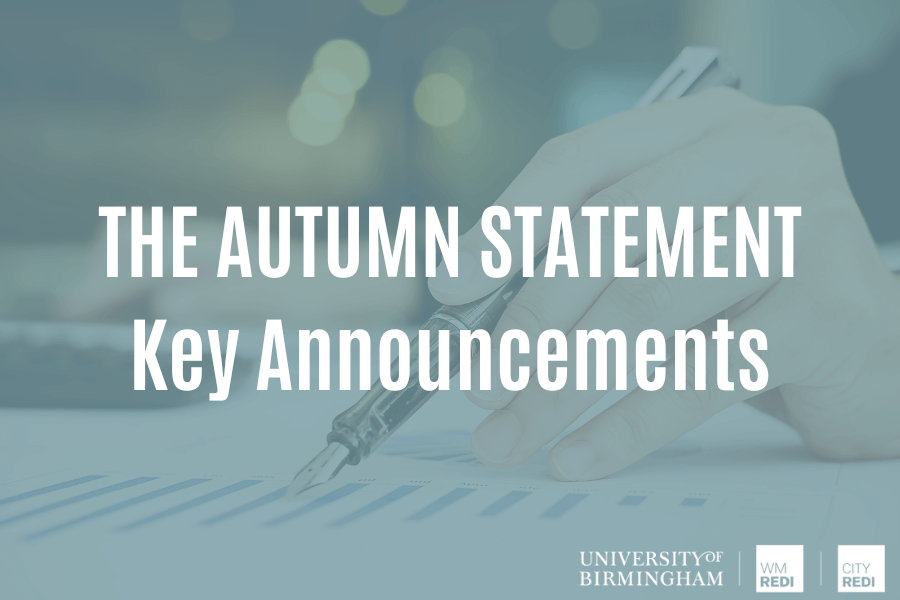 The OBR, in its forecasts, also highlighted the challenges that the government will be facing over the next few years:

The announcements made in this budget are significant, it is a massive budget, with tax burdens rising even higher to levels not seen since after the second world war. The budget is front-loaded with spending on extensive support schemes; however, it is back-loaded with cuts from 2025. Notably just in time for the 2025 general election. The tax and benefit changes are far more progressive than the changes within the ‘mini budget’, with higher earners taking on a greater tax burden than had been expected. However, what is clear is that this budget is a sombre affair, and we will be continuing towards a second round of austerity from 2025.

This blog was written by Alice Pugh, Policy and Data Analyst for City REDI / WMREDI, University of Birmingham.