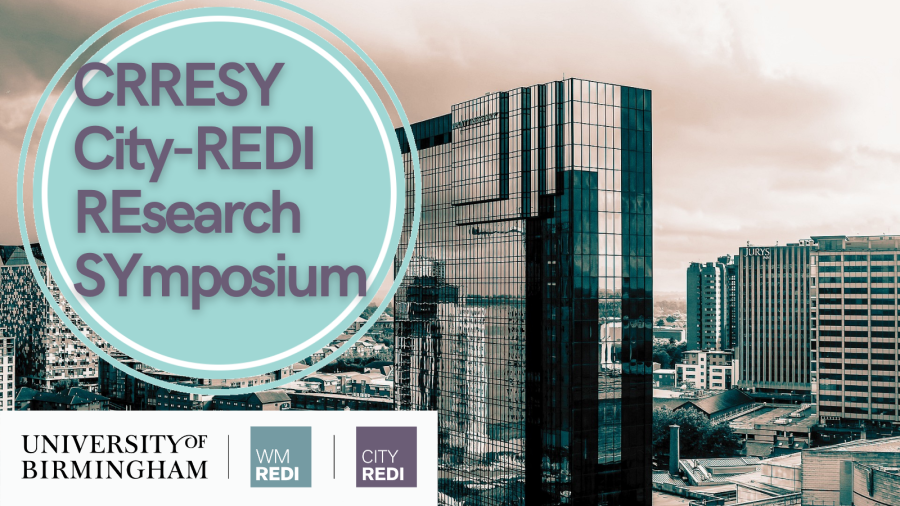 On 7th October, City-REDI hosted its biannual research symposium. The online event has seen a range of presentations from City-REDI researchers showcasing some of the diversity of research in the Institute. Below is the programme of presentations, accompanied by the abstracts. Readers are encouraged to contact the presenters for more information on their research.

From physical to virtual: challenges & opportunities for a neighbourhood-based employment support programme

Studies of neighbourhood-based employment policies indicate some of the benefits of such a model but they were conducted prior to the Covid-19 pandemic and the more widespread shift from face-to-face to virtual methods of support. A gap exists in terms of a full understanding of the challenges and opportunities for different groups of beneficiaries when employment support moves to a virtual model. The pandemic adds impetus to better understanding the role of virtual employment support in neighbourhood-based employment support programmes given the likely increased emphasis on cost considerations going forward. This paper explores the challenges and opportunities faced by a current neighbourhood-based employment support initiative in the context of changes emanating from the Covid-19 crisis with a focus on looking at the shift from physical to virtual delivery. Issues for future policy are examined from beneficiary, delivery provider and commissioner perspectives. The paper stresses the importance of ‘mindsets’ and perceptions of opportunities, arguing that subjective opportunity structures are a subset of objective opportunity structures. It concludes that virtual support offers improved support for certain individuals but presents challenges for others. 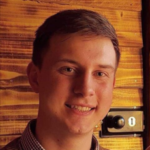 Evaluating the impact of student knowledge exchange is of increasing importance in higher education. The Knowledge Exchange Framework (KEF) has recently begun to capture the transfer of ideas between higher education institutions and their students. The KEF has been introduced at a time where external business engagement, student entrepreneurship, and the role of universities in place are of increasing importance. There is particular emphasis on improving access to university education and work experience for people from under-represented backgrounds.

The Office for Students-funded project ‘Breaking Down Barriers and Engaging Communities’ provides flexible, virtual work experience opportunities for a few hours a week. This looks to break down the cost and time barriers for people and organisations who may otherwise be unable to access internships.

The Student Knowledge Exchange Impact Toolkit brings together a variety of different evaluative methods and approaches to capture the impact that knowledge exchange has on four groups:

This presentation will outline the approaches to evaluating the impact of student knowledge exchange and provide an insight into the impact that the project has had so far. 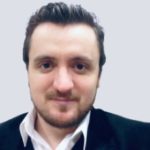 In light of the reignited debate in the media about ethnic pay inequalities, this study examines whether UK-born university graduates from Black, Asian, and Mixed/Other ethnic backgrounds experience wage penalties in the UK labour market. This paper draws on restricted data from the Annual Population Survey (2013-2018), which has been recently enriched with information about respondents’ higher education (the subject of first degree and type of institution attended). The model results provide firm evidence that wage inequalities persist even after allowing for differences in a comprehensive set of higher education characteristics, demographic traits, and occupation-related factors. Wage gaps are strikingly more pronounced for Black employees, standing at 16.7% for men and 4.5% for women compared to equally qualified white workers, and hold up against a series of robustness checks and sensitivity methods, suggesting racial discrimination. The study also finds heterogeneous effects of ethnicity on wages across different segments of the earnings distribution and within subgroups of workers. The decomposition technique outcomes reveal that characteristics associated with the employees’ occupation and industry sector (such as the under-representation of ethnic minorities in high-paid jobs) account for half of the earnings differential between White and non-White individuals.

Does UK research collaboration in R&I promote levelling-up? An analysis of UKRI funding between 2014-2021

During the last decades, research and innovation (R&I) public funding schemes have been crucial for driving economic prosperity and development. Among other objectives, such as premium research excellence, R&I funding encourages the establishment of research partnerships to increase the value for money by benefiting from the synergies and potential multiplicative effects of supporting R&I in a multidisciplinary context. Apart from allowing complementarities between public and private sectors, R&I partnerships can also be instrumental for a more balanced spatial distribution of public research funding. R&I partnerships can also contribute to levelling up local innovation and research across space to ensure a more spatially balanced economic prosperity.

In order to illustrate the potential of using public funding as a promotor of levelling-up in the UK, this paper analysed the UK Research and Innovation (UKRI) funded projects repository between 2004 and 2021. In particular, we use all collaborative research and development (R&D), feasibility, smart and innovation voucher grants, and Knowledge Transfer Partnerships in 42 UK NUTS2 regions. After analysing aspects of the research collaboration in UKRI projects, such as the type of R&I partnership collaboration (partnership composition, partnership leadership, project type, university involvement), the project throws some light on the spatial distribution of projects, participants and funding over time. Our project attempts to understand if UKRI funding schemes have promoted levelling-up by providing a more balanced spatial distribution of funding over time and what has been the contribution of research partnerships.

Our analysis shows that around 80 per cent of the funding recipients are from the private sector, and they constitute the top lead organisation in multiparticipant projects. At the NUTS1 level, London and the South East of England are the primary recipients, having received around 46% of UKRI grants between 2014 and 2021. Inner London West and Inner London East appear as the top NUTS2 recipients. Among the project type, UKRI collaborative R&D funding covers nearly half of the funded projects between 2014 and 2021. The top cross-regional combination of recipients was constituted by London and the South East, indicating that overall collaborative R&D funding has not contributed to a more balanced distribution of R&I public funds.  Over time UKRI has failed to contribute to the levelling-up of R&I funds; London and the South East of England, apart from being the top recipients, have seen a continuous increase of UKRI projects overtime at the expense of other regions. 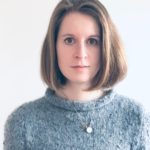 This paper estimates the effect of internal migration in Great Britain on the earnings of those who do not move. The effect of graduate migration has been studied extensively in the UK context (Faggian & McCann, 2009; Faggian, Rajbhandari, & Dotzel, 2017). Likewise, there is abundant evidence of the (limited) effect of immigration on local labour markets (e.g. Dustmann, Frattini, & Preston, 2013). However, the mobility of employees during their working lives has received relatively little attention. Descriptive analysis confirms wide differences in average earnings between local labour markets, even after controlling for individual observable characteristics. These inequalities beg the question: why do individuals not simply move to an area where they can expect to earn more? And as people move, why do these inequalities not decline over time? While differences in nominal earnings may compensate for differences in the cost of living or the availability of local amenities (Glaeser & Gottlieb, 2009), there is evidence for real inequalities in welfare across regions, even after controlling for these factors (Kemeny & Storper, 2012). While skills mismatches may be a motivation to migrate (Iammarino & Marinelli, 2015), a lack of skills may also prevent those from a region where wages are low to move to a region where wages are higher (Giannone, 2018).

The paper draws on the Annual Survey of Hours and Earnings, a 1% sample of all employees in the UK, to develop a measure of labour migration between travel-to-work areas (TTWAs), representing self-contained local labour markets. The results show an immediate negative effect of in-migration on the earnings of those who do not move, consistent with the labour supply effect. However, this turns positive over three years, consistent with the productivity effect. These effects are larger in urban areas, suggesting that the density and buzz of cities may be conducive to the productivity-enhancing effect of internal migrants. Conversely, there is no effect of out-migration, either in the short or medium term.

Identifying potential walking and cycling market segments in Mexico City and their implications for health. 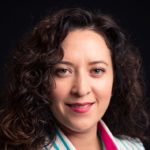 This paper explores, using empirical survey-based research, the use of attitudinal transport segments to create subgroups of the population according to their attitudes towards different modes of transport in Mexico City from 2015. The results identified eight attitudinal transport segments called ‘devoted drivers’, ‘image improvers’, ‘malcontented motorists’, ‘active aspirers’, ‘practical travellers’ ‘car contemplators’, ‘public transport dependents’ and ‘car-free choosers’. But the main attitudinal transport segments (73% of the total) found in Mexico City are the ‘active aspirers’, ‘image improvers’, ‘devoted drivers’ and ‘malcontented motorists’. Analysis of the beliefs about walking and cycling show that considering walking and cycling as a way to keep fit was mainly positive or neutral (except for ‘practical travellers’) which suggest that producing targeted policy measures to promote the health benefits from walking and cycling to the segments more willing to change their behaviour could lead into actual modal shift which in turn can help to reduce illnesses associated with sedentary lifestyles and additionally to lead to more efficiently targeted governmental interventions and optimize transport measures.