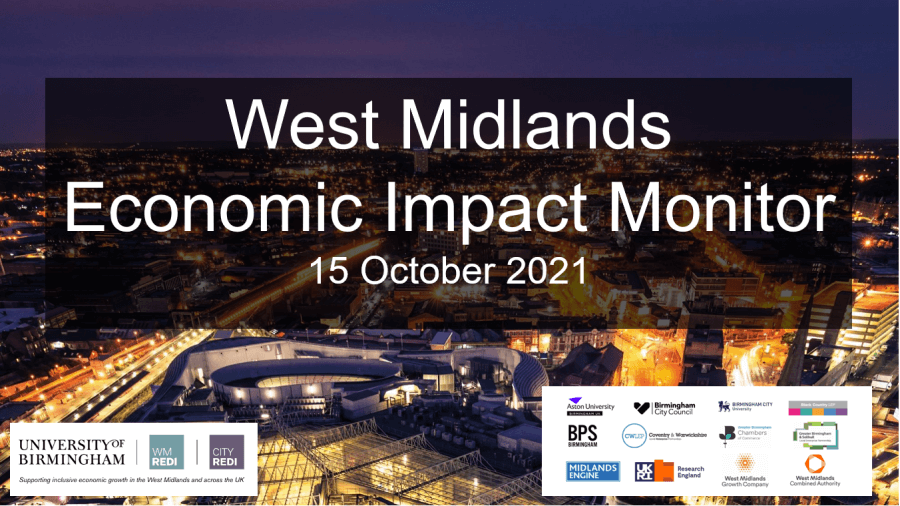 This week the IMF has dropped its expected growth forecast for many of the leading economies globally. This reflects disruptions to supply chains and a softening of consumption in the third quarter. As government spending is slowing down on Covid-19 relief programmes, many consumers are reining in their spending, especially as inflation is hitting prices generally and energy prices are climbing in time for the winter. The IMF now predicts global growth of 5.9%, 0.1% lower than the previous month. As demand continues to increase in developed nations, developing nations are still being impacted by the Delta variant. The health of the West Midlands private sector continued to strengthen in September, with ongoing improvements in demand underpinning the growth of sales, output and employment, but global risks still threaten recovery.