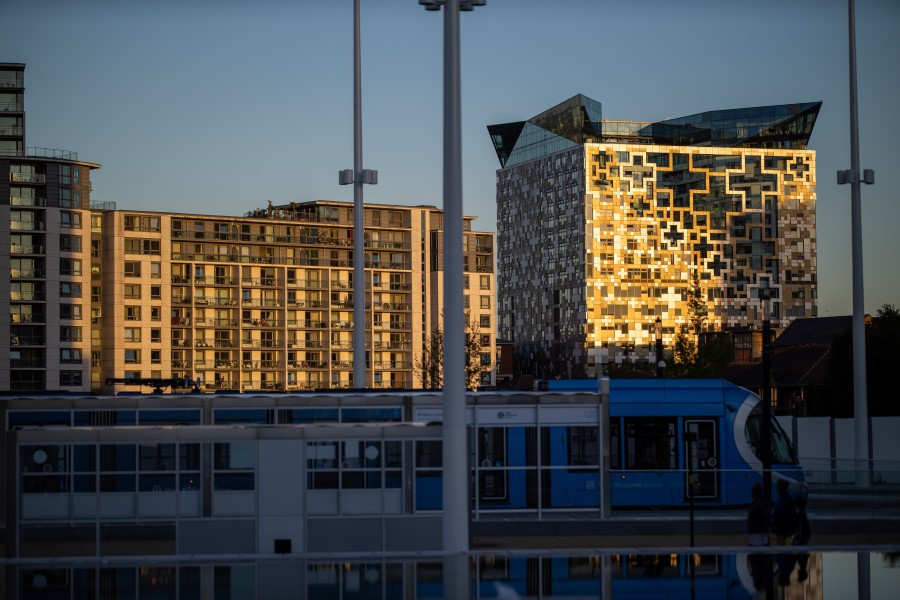 What can central and local government do to ensure safe transport to work and school during the COVID-19 pandemic to safeguard the well-being of workers and children? Dr Magda Cepeda Zorrilla looks at the evidence and possible solutions.

Getting young people back to school has been set as a priority by the Transport for West Midlands (TfWM) as well as the return to the office for people that worked from home. Public transport is essential for commuting to work and school. Figures from 2016-2017 show that over 260 million bus passenger journeys were made in the West Midlands and 7.2 million passenger journeys were made on Midland metro. With the coronavirus outbreak, there was a sharp drop in trips, but once the restrictions are lifted, returning to work and school can represent a big challenge for the transport authorities. In public transport, the spread of the virus depends on how crowded the transport is and how easy it is to maintain social distance at the stops, the stations and on board the transport. Besides, there are several touchpoints that passengers will be sharing. Research in other countries has concluded that in order operate public transport in a safe way it is required that transport operators reduce significantly the total capacity in the network, operating at most between 30 and 50% of total capacity.

To support the safe use of public transport the UK Government announced a support package of £40m for local transport authorities to help provide extra capacity for the transport system. In the West Midlands, it has been announced that there will be an increase in the frequency of buses and the majority of trains and trams; however, due to limitation in the capacity onboard there have to be other measures in place to reduce the demand, and to do this, the government urged people to change their travel behaviour too. Since last month, the TfWM have advised people returning to school or college to plan their commute journey and walk or cycle when possible to help to get young people back to schools in the safest manner.

The UK Government advice for public transport usage also states to try to travel at the off-peak times if possible; trying to take the less busy routes; reduce the number of changes; plan the trip and buy a ticket in advance where possible or try to pay using contactless payment. Also, the government is encouraging to keep at least 1m distance from people where possible, the use of face coverings masks and to try to wash hands for at least 20 seconds after completing a journey.

What else could help to reduce the risk of contagion and support people to feel safe when using public transport?

The UK government advice is to wash the hands at least 20 seconds after completing a journey. To help to achieve this, Transport for London (TfL) had installed 1,000 hands sanitiser points to all tube and rail stations; London Overground and DLR stations; all bus stations and Victoria Coach Station. A similar plan could be implemented in the West Midlands. For instance, installation of hand sanitiser in the most crowded bus stops and rail stations.

Based on recent research, other governmental measures could be taken. In particular Governmental measures such as testing people for coronavirus, carrying out effective contact-tracing and request isolation of infected individuals. A study published in June tested different “scenarios for school reopening and broader relaxation of social distancing”. The researchers concluded that “increased levels of testing of people and effective contact-tracing and isolation for infected individuals” would help to reduce the risk of a second wave of coronavirus. The authors stated, “if UK schools reopen in phases from June 2020, prevention of a second wave would require testing 51% of symptomatic infections, tracing of 40% of their contacts, and isolation of symptomatic and diagnosed cases”.

Another way to help to reduce the spread of the virus and help people to travel safely is by monitoring air quality as a way to identify areas of the potential risk of increase of cases of coronavirus. This can inform policymakers and transport operators to identify areas where the operation of different public transport modes could be suspended or reduced. It can also help to identify where to implement stricter work-from-home instructions and a potential return to online education. For instance, a study carried out in London found a strong correlation between air pollution and an increase in the risk of COVID19 transmission within the London boroughs. The authors suggested using air pollution monitoring as a way to identify the city’s vulnerable points and therefore inform the decisions to suspend or reduce public transport in those points.

Finally, a strong and clear communication strategy about the measures taken to reduce people’s risk. Increasing people’s trust in the Public transport depends upon clear communication and research has shown that also can be done by “identifying in advance what people would want to know, where they would get information from, and how messages should be presented”. To do this, the government could work in partnership with the local organisations and academia to gather information about people’s perception and opinion about public transport.