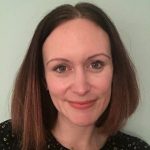 Kat Howard (@SaysMiss on Twitter) is an English teacher at Brockington College, an 11-16 Secondary School in South Leicestershire. Previously undertaking roles such as Literacy Coordinator and overseeing KS3 Curriculum Planning and Assessment, Kat provided T&L training through the National College of Teaching and Leadership and has written resourcing content for a range of providers including TES blogs and BBC Bitesize. Kat coordinates Litdrive, a shared resource bank for Primary and Secondary school teachers. An examiner for Eduqas and a keen reader, Kat is currently enjoying maternity leave with her son Ted. In this post, Kat illustrates with a case study of Dickens’s A Christmas Carol how CLiC can be used as a tool for GCSE English revision.

With a rapid shift within the National Curriculum, placing an emphasis upon linear assessment and being that all-too familiar term, ‘exam-ready’ is this season’s dish of choice for many English teachers and students alike. Increasingly so, pupils need to move beyond simply knowing a text to deliver a sophisticated, eloquent analytical interpretation that demonstrates a thorough knowledge of both the characters and themes of fiction. For me as a teacher, CLiC offers that on a reachable level for students, allowing the text to be considered from a linguistic viewpoint. ‘Hurrah, a tool that moves us away at top speed from the tiresome “it makes me want to read on”’, I hear you cry? The fantastic project over at the University of Birmingham offers far more than that, using a range of texts used by several Examination Boards at GCSE and A Level to provide an intricate exploration of literature but using the toolkit of a linguist.  As we hurtle towards exam season, there is far much more to CLiC than first meets the eye.

Integrating the linguistic and theoretical study of Language and Literature

CLiC integrates the linguistic and theoretical study of English Language and applies it to the examination of Literature; it really is that simple. By forming activities and processes that provide students with a more quantitative approach than perhaps previously used within the classroom, the software demystifies Literature to a greater degree than ever before. I will only touch upon a series of straightforward examples using the popular GCSE novella of choice, Dickens’s A Christmas Carol, giving you a brief overview as to how I would use the software with my classes but I must urge that you check out the team’s Activity Book that complements the software and provides a range of ways into looking at a text or series of texts in conjunction.

As a self-confessed technological nightmare, CLiC could not have made the exploration of certain ideas within the text any easier for me. I wanted to explore ‘threads’ of text within the novel with the view that it would lead me to more substantive analysis of both character, theme but also an exploration of contextual significance – all of which are fundamental to understanding the text at GCSE level.

Let us start with the infamous Scrooge. I started by exploring the physical characteristics of the man, my starting point being the line that every student will reel off to describe Ebeneezer, ‘as solitary as an oyster, the cold froze his features’. ‘Cold’ is mentioned a series of twenty-seven times within the novella, and upon closer examination, is used most frequently as a gauging-post for the reader to understand the character of Scrooge at various points. CLiC allows us to view the point within the novel that the word appears (I will re-examine this later with thematics): in the first stave, Scrooge is ‘caustic and cold’, ‘the cold had little influence’. However, as we watch Scrooge on his journey to redemption, the cold takes on a differing role, dependent upon his point in the journey: ‘why did his cold eye glisten’, ‘he turned uncomfortably cold’, ‘shut out cold and darkness’. The ‘cold’ that was once Scrooge’s social barrier becomes in turn his unnerving foe, representative not only of his isolation, but his fears of solitude beyond the grave. The ‘cold’ pivots in harmony with Scrooge’s transformation as, ‘jovial, stirring, cold; cold for the piping blood to dance to’. The cold becomes an invigoration for Scrooge, a noun to fuel his reawakening as opposed to hindering it.

Tracing time across A Christmas Carol

This led me to want to investigate another word thread, but this time in regard to the thematic backdrops within the novel. Take the representation of time, for instance. To Scrooge, time is a commodity – Dickens uses the word a whopping sixty-six times within the novel. The noun ‘time’ is generally a frequent word, but the context and meaning of the essence of time needs further dissection in the text. Scrooge sees Christmas time as ‘a time for balancing books’ – time that could be better spent, in his opinion. However, there are fourteen different ways to define time (according to the Merriam-Webster dictionary), and Dickens manages to depict at least five of these. ‘Once upon a time’, ‘Christmas time’, ‘a time for paying bills’, ‘travelling all the time’, ‘the ghost had given him time’, ‘every time he resolved within himself’, ‘for the first time’, ‘condensed into the space of time’, ‘precious time’, ‘usual time’, ‘plenty of time’, ‘a different time’ (see the examples in the concordance below).  Placed chronologically, the utilisation of the word demonstrates the shift in Scrooge’s understanding of time itself. Time represents monetary value, a despicable time of year. As the ghosts reveal themselves to him, he views time as a gift with tangible form, a moment available for reflection, something that is no longer escaping from his grasp. Dickens’s (and in turn, Scrooge’s) distinction of time shifts in harmony with his own belief system. Clever, huh?

Using CLiC to compare language and themes across books

Finally, CLiC allows interpretation across texts and in context to the time. CLiC’s activity booklet highlights the somewhat 1700 plus references to fire amongst Dickens’s works (see sections 12 + 13 in the CLiC Activity Book); this allows us to examine the significance of the fire within literature of the time. The fireplace is a place of powerful, masculine stances, with women taking a seated role to portray both class and gender expectation of the time. With a focus of A Christmas Carol, some of Scrooge’s most significant memories or experiences take place with the backdrop of the fire. He is abandoned at school for Christmas, ‘reading near a feeble fire’, we see his last meeting with Belle, ‘near to the Winter fire’. The Cratchitt family fire is described as central to both the meal, sentiment and compassion for one another, ‘clustered around the fire’. Verbs such as ‘hoarding’, ‘drew’, ‘seated’ are a stark contrast to the strong ideals within Dicken-esque works of the time. Does the author encourage us to look beyond status and class in this way? Does the fireplace represent the ‘heart’ of hearth for Scrooge? It appears that the emphasis of class is perhaps slightly more removed within the novella, in that we see the fireplace as a universal symbol rather than an exclusive one. It provides a setting for moments of deep sorrow and despair, but also the centre point for strong characters like Mrs Cratchitt, who refuses to comply to both Scrooge as superior or her role as woman but also as a member of inferior class. Her capability to gather the Cratchitt brood around their modest fire gives her a strength that Scrooge has not experienced – the robust and fearless nature of parental love.

CLiC as a starting point to become ‘exam-ready’

These examples really do just scratch the surface of CLiC’s capabilities; the search tool is thorough and varied that it allows for such a deepened exploration. However, I wanted to convey exactly how accessible a text can become by using such a tool. For many students, the analysis of Literature feels vague, based upon personal interpretation and whilst I do not deny there is a place for such thinking, CLiC allows a perfect starting point for such students to move beyond simply identifying the what, rapidly unpacking a writer’s distinct stylistic attributes and choices- a far more polished, evidence-based level of analysis. With less than fifty days until the Literature exams, this exciting new approach could not have fallen into teachers’ hands at a better time!

2 people are already talking about this, why not let us know what you think?