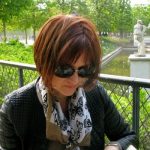 In this guest post, Colette Ramuz (Royal Holloway) explores textual patterns related to the mouth in a subsection of the CLiC corpus of Dickens’s Novels. She argues that the use of digital tools can help advance our understanding of Dickens’s representations of embodiment and sexuality.

It is a commonplace that sexuality was considered a taboo topic and an unnarratable concept for the nineteenth-century novel. This has been considered particularly true of Dickens’s novels. Sexuality, so the argument goes, is more deeply suppressed in Dickens’s work not just by the absence of fleshly bodies and a perceived lack of realistic characters, but also through his idiosyncratic stylistics. As an example, Dickens’s extensive use of bodily synecdoche — the emphasis on a body part as a substitution for the whole — can seem to break down the body into separate autonomous parts, thus erasing the erotic potential implicit in the whole. (See Gomel 1996 for an excellent discussion on Dickensian bodily poetics.)

But this reading should not lead to the conclusion that sexuality and erogenous bodies are absent in Dickens’s novels. Where sexuality surfaces, I contend, is in the oral erotics surrounding the mouth.

My thesis (in progress) argues that the Dickensian mouth functions as a semiotic system encoding sexual desire. Reading oral erotics means paying attention to repeated metonymic patterns involving the mouth, orality, and embodiment. This is because the metonymic mouth allows us to conceptualise sexual appetite, and sexuality in general, by means of its relation to primal appetite and hunger. In Dickens’s bodily poetics, sexual desire is often anchored in the language of alimental hunger and in the imagery of consumption. A detailed engagement with these linguistic patterns was a first step in my research; and for this process, the digitised CLiC web app was invaluable.

A simple concordance search for mouth reveals a frequency of 589 incidences across 15 novels – a huge number. To analyse the associations of the mouth with concepts of incorporation and sexual appetite, I needed to organise various groupings so that I could explore the textual patterning in more detail. I began with a focus on representations of consumption — a recurring nineteenth-century issue in all of its meanings. The resulting CLiC data supports my claims that Dickens, anticipating Freudian theories on the significance of the oral in psychosexual development, exploits the primal impulse to put things into the mouth, and he does so in strikingly imaginative ways. Dickens’s characters put an extraordinary array of things into their mouths including non-food items such as newspapers, grass and fur; phallic objects such as canes, cigars, pipes and pens; synecdochal objects such as the fist, fingers, thumbs, and hair, and conceptual metaphors such as gaps, words, the heart, fire and fever. (For a compelling consideration of the phenomenological relationship between boundaries, bodies, subjects and objects in the nineteenth-century imagination see the edited volume Bodies and Things in Nineteenth-Century Literature and Culture – Boehm 2012).

Using the KWICGrouper tool, I was able to sort these items for a more detailed analysis. For example, in considering the prevalence of cigar-smoking in Dickensian men — a conventional phallic metaphor for potent masculinity in nineteenth-century fiction — the CLiC concordance tool reveals that many of Dickens’s villainous and Byronic males are ostentatious cigar-smokers: Rigaud, Steerforth, Bentley Drummle, James Harthouse, Eugene Wrayburn and Henry Gowan smoke cigars and often indulge in the habit in a suggestive or aggressive, if not sadistic, manner (see Fig. 1). Interestingly, Rigaud’s companion Baptiste is described as also smoking in the text, yet is not doing so in the illustration accentuating Rigaud’s villainy. Smoking a cigar in the presence of females was socially unacceptable in the nineteenth-century and so its representation in the text can signal various meanings including a male character’s general misogynistic or anti-social behaviour, a metaphorical allusion to phallic aggression, or a combination of both depending on the context. It was useful, then, to tag my CLiC results to identify men who smoked either in the presence of women or when discussing women (see Fig. 2). In Dickens’s writing, “a cigar is just a cigar” (a quotation usually attributed to Freud) is rarely the case!

Clusters are repeated sequences of words in a body of writing. They can be categorised according to their form and function and can be of literary significance when considering poetics and devices such as Dickens’s repeated metaphors. A keyword is one whose frequency is statistically significant; in other words, when the frequency is very high against an expected likelihood of low frequency and compared to relative frequencies in a reference corpus, the word can be called a keyword. The keyness of a cluster is even more useful for my study since I am analysing the role and significance of the mouth in the text rather than straightforward descriptions.  Using the keywords tool, I selected 3-gram clusters in Dickens’s novels then filtered the results for mouth. My search revealed that the phrases into his mouth (f=18), in his mouth (f=63), and his mouth and (f=68) occur much more frequently in Dickens’s novels than in the nineteenth-century reference corpus: four times greater for in his mouth and into his mouth (see Fig. 3). The results offer linguistic evidence in support of my literary argument that the mouth in Dickens is distinctive and represents a fundamental bodily hub and corporeal gateway into social and sexual relationships.

In these two novels, visceral lust is largely displaced into a comedic phenomenon but there is always an undercurrent of menace beneath the humour. Using the concordance tool, I searched for phrases where males smack their lips together, an act which occurs frequently in the novels and is closely associated with the representation of females as consumable items, especially as meat (Fig. 4). The rampant dwarf, Quilp, smacks his lips as he imagines his own wife as a “sweetmeat”, and he threatens to bite her more than once. In The Pickwick Papers, the medical student Ben Allen sets his teeth together and speaks like “a savage warrior who fed upon raw wolf’s flesh” when speaking of his sister’s marital prospects. Interestingly, Allen and his medical student-friend Bob Sawyer are both prolific cigar-smokers — being associated with intimate knowledge of unclothed bodies, medical students had very particular, sexualised connotations. Stern (2013) offers a compelling reading of Dickensian masculinity as expressed through the consumption of meat in The Pickwick Papers.

In this blog post, I wanted to show how CLiC tools help bring into dialogue the Dickensian mouth, which has not received the critical attention it deserves. The digitalised Dickens corpus supports a detailed engagement with bodily poetics and sheds light on the Dickensian mouth as a linguistic, cultural, and hermeneutic code for reading sexuality in Dickens’s work. Unpicking some of the complexities of these codes, with the help of CLiC’s linguistic tools, can advance our understanding of Dickens’s representations of embodiment and sexuality.