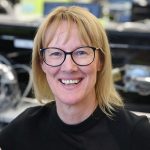 Lorraine Adriano has taught in secondary schools in England and Italy. She was curriculum leader for KS3 and Head of Department, developing schemes of work and assessments. Lorraine now teaches English language and English literature  years 7-13 at Bishop Walsh Catholic Secondary School. She is an examiner for both English language and English literature at GSCE and is a tutor for the distance mode MAs in Translation Studies and Applied Linguistics at the University of Birmingham. She holds an MA in Translation Studies (Applied Linguistics) from the University of Birmingham, where she gained a real interest in text analysis. In this guest post Lorraine shares her experience of implementing CLiC in her teaching; the post has developed out of her presentation at our CLiC Dickens Day (December 2017).

Meeting the challenge of finding novel and inspirational ways to encourage exploration of literary texts is a vital, if time-consuming part of teaching English to secondary school pupils. Although, for the most part, the texts included in CLiC are studied primarily for GCSE, the applications have had a much greater reach with my pupils at Bishop Walsh Catholic School in Sutton Coldfield.

Year 8 investigated A Christmas Carol beginning with a simple search of one of the most identifiable phrases from the novel – Bah humbug. Excited by the return of no evidence found of the whole phrase, we then looked for bah (two incidences) and humbug (9). All 11 examples are shown in the concordance below. It was amazing how quickly enthusiasm grew and pupil-led searches followed two lines of enquiry – one that encouraged research in order to answer a question that had arisen from reading the first stave such as:

“Are there lots of references to singing, or Christmas Carols in the text?” or “Do the references to ghosts always have negative connotations?”.

The other was designed to prove a hypothesis the children had come up with, for example:

“My reading into Dickens’s life and writing suggests that the reader will learn a lesson from Scrooge’s behaviour and I want to find out if I’m right.” and “A Christmas Carol has a positive ending. I want to see whether the language Dickens uses in the whole novel is more positive than negative.” 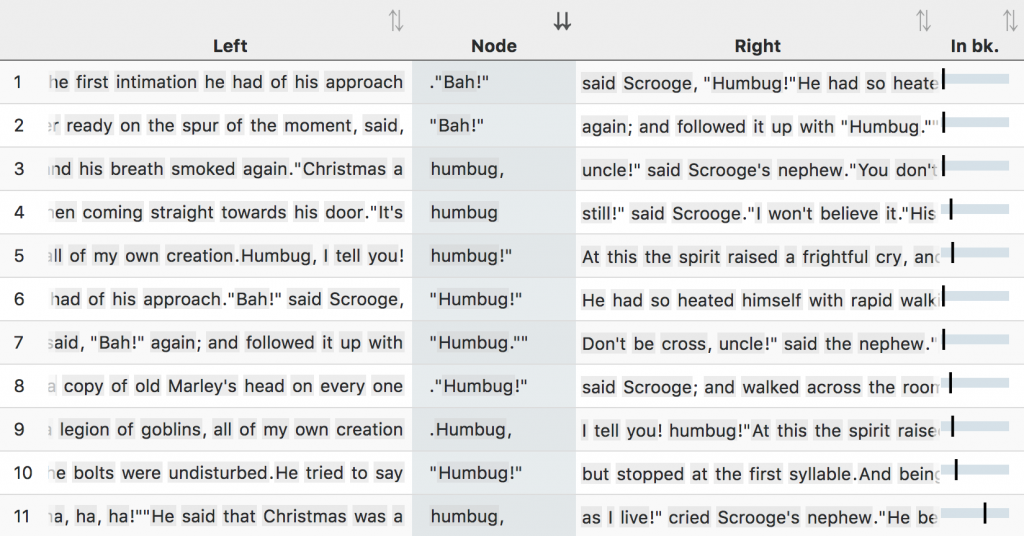 Concordance 1: bah and humbug in A Christmas Carol

The outcomes for pupils were numerous. For most, the opportunity to investigate their own lines of enquiry to shed light on aspects of the novel they found most interesting, or for which they wanted to tackle as yet unanswered questions was a big draw. Sharing findings and encouraging others to take investigations a step further increased a sense of connection with the text and the skill of Dickens in presenting his settings, characters and themes. Colleagues who observed parts of the lessons noted the enthusiasm for the project and pupils reported that they had watched a production of A Christmas Carol by a visiting theatre company with a greater interest in whether the representation was faithful to what they viewed as Dickens’s intentions. If you want to use CLiC for your own class on A Christmas Carol, you can download the handout that we used here.

Spurred on by the success of the project with year 8, I made use of CLiC for the investigation of the A level text The Yellow Wallpaper, which was examined with regard to references to mental health. My year 13 pupils showed initial surprise to find no references to the word wallpaper, despite thinking they’d come across it whilst reading the text. As it turns out, the hyphenated form of the word actually occurs in this version of the text. For this investigation, pupils were given a brief introduction to Functional Grammar and consideration of Processes within the system of Transitivity. For a basic overview of Transitivity, see the entry on Alvin Leung’s SFG page. With the text being a short story, students comfortably identified the verbs as they read. The verbs they listed were then searched for using CLiC and considered in terms of their functions within the clause. Identification of verbs according to their functions revealed that whilst there were no explicit mentions of health, mental or physical, the verbs used by the author overwhelmingly, and significantly, belonged to the categories ‘Mental’ and ‘Relational’. The data gathered allowed pupils, who were struggling to select supporting textual references at clause or sentence level, to underpin their analyses and comments on how the author presents a character with poor mental health with clearly identifiable patterns of language use across the whole text. The table below shows you the examples of process types that the students collected using CLiC.

The Strange Case of Dr Jekyll and Mr Hyde

Whole text exploration of The Strange Case of Dr Jekyll and Mr Hyde has thrown up some interesting evidence that ties in clearly with Stevenson’s theme of the duality of man. Other than the more obvious references to the homophone Hyde, as Jekyll’s alter ego, the positive settings linked to the reputable Victorian gentlemen, and the less salubrious settings where the more undesirable side to London life is present, the simple presence of doors emerges as representative of the dividing point between the two sides to man. Across the whole text, there are 55 references to doors. [Update, 14 March: There is only one chapter that does not mention door(s): Chapter 3, which, however, contains threshold]. Chapter 7 has exactly one reference to a door (but it does make use of a window as a barrier between Jekyll and potential visitors); all the other chapters contain multiple references. Doors are locked to keep secrets in and keep the curious out (see the KWICGrouped concordance below), they hide evidence, such as the broken cane used to murder Carew, they are forced to gain access and to reveal secrets. As a symbol of the division between good and bad, the evidence they provide for the student is as powerful as Jekyll’s use of chemicals to remove the inhibitions that were part and parcel of maintaining a respectable façade in the 1800s. My year 10 class, who would be the first to admit that reading was generally not at the top of their list of priorities, enjoyed being able to access evidence with ease and speed. The number of references to doors convinced them that Stevenson had made deliberate choices: he had constantly reminded the reader of the inner and outer ‘worlds’ inhabited by Victorians, as represented by the characters Jekyll and Hyde. If you would like to apply this in your own teaching, you can download the handout “The significance of doors in the novel” here. 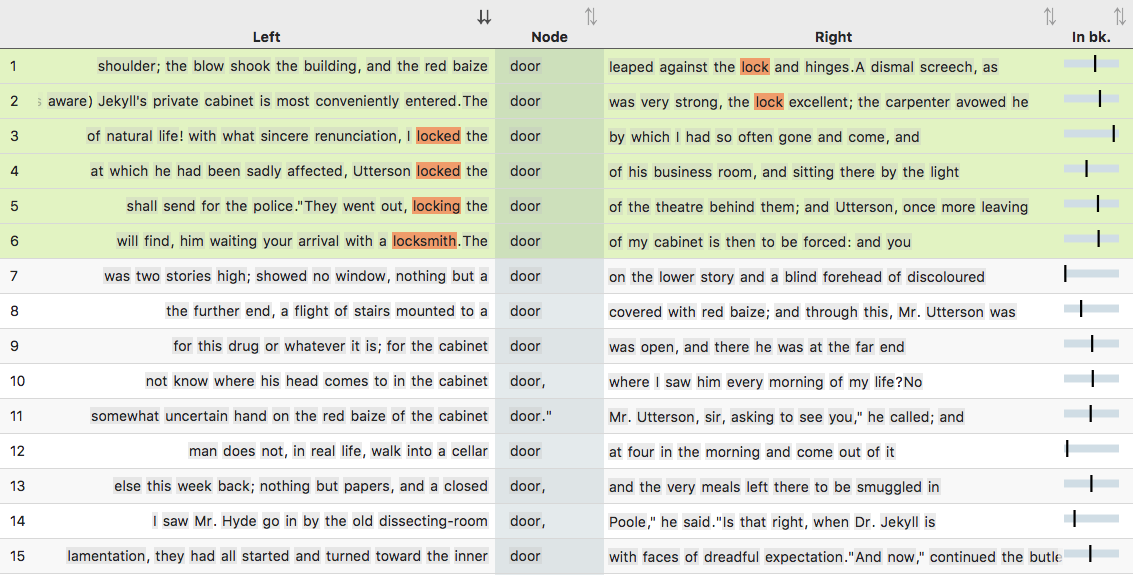 Concordance 2: Sample of concordance lines of door in The Strange Case of Dr Jekyll and Mr Hyde; KWICGrouped for lock, locked, locking and locksmith

CLiC and the teacher’s toolkit

The impact of using CLiC in my classroom is measured by the outcomes it has had for pupils. Pupil feedback on ease of use of CLiC has been overwhelmingly positive, with requests for a number of texts to be added. Across each of the key stages, and wide range of abilities, there has been enthusiasm for in-depth study of whole texts and pupils have recognised they have acquired transferrable skills, which can be applied to demonstrate their understanding of a range of fiction and non-fiction writing. CLiC is now very much a part of my teacher’s toolkit!